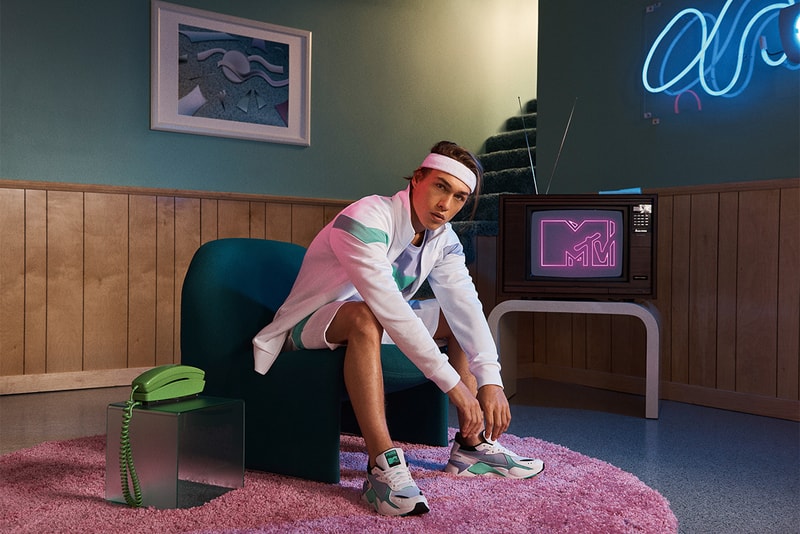 MTV and PUMA come together for a retro-inspired capsule collection of footwear and apparel.

The duo reunites after a collaborative project in 2006, which featured pieces paying homage to Yo MTV Raps. Today, the tandem presents a selection of new RS-X models in various bold and bright color choices inspired by the ’80s, a significant decade for both brands. The first sees a white base with teal and light purple accents, while the second shares the same details on a black underlay. Lastly, MTV’s signature logo is added to each lateral side in addition to joining the PUMA motif on each tongue.

The MTV x PUMA RS-X Tracks will also be complemented by apparel in the form of T-shirts, tank tops, tracksuits and shorts, all sporting MTV’s iconic insignia. The collection arrives at select PUMA retailers and PUMA.com on March 14.

PUMA fans can also take a look at its newest basketball model, the Uproar.