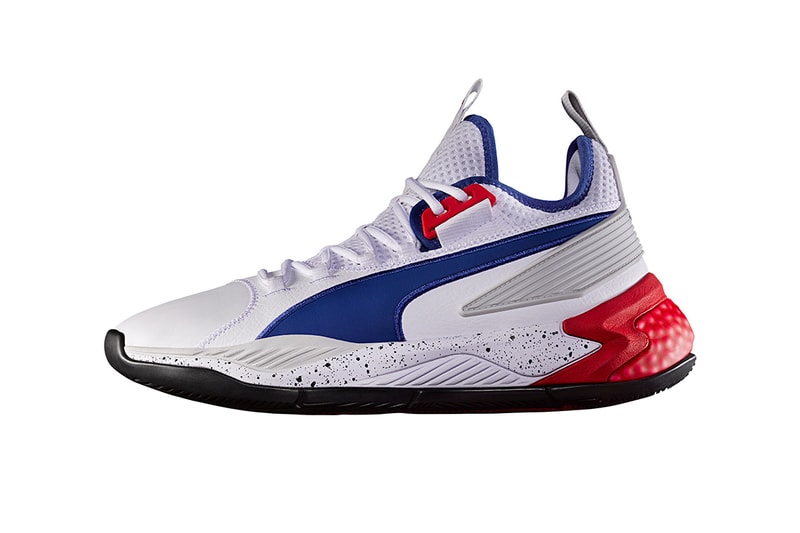 PUMA pays tribute to its basketball roots and its 1990s archives with a retro release of the Palace Guard OG, and a modern take on the aforementioned shoe — Uproar Palace Guard.

The early ’90s Palace Guard OG gave players such as Detroit Pistons star Isiah Thomas an on-court edge thanks to its exaggerated tongue, ankle support and fit. Today, the Palace Guard OG retro sees additions such as PUMA’s Trinomic heel technology, increased padding in the collar, a microperforated toe and quarter panel to provide additional cushioning and a 3D basketball emblem on the tongue to honor the Detroit basketball scene.

Both pairs are dressed in a red and blue colorway which pays homage to the iconic NBA arena, The Palace of Auburn Hills, Detroit. The Palace Guard OG adds to its heritage 90s aesthetic with hits of vintage cream throughout its sole unit, whereas the Uproar features visible red cushioning, a speckled black-on-white midsole and a complementing black and red outsole.

No price has been confirmed yet, however, both pairs will be available from March 8 on puma.com and at select retailers worldwide.