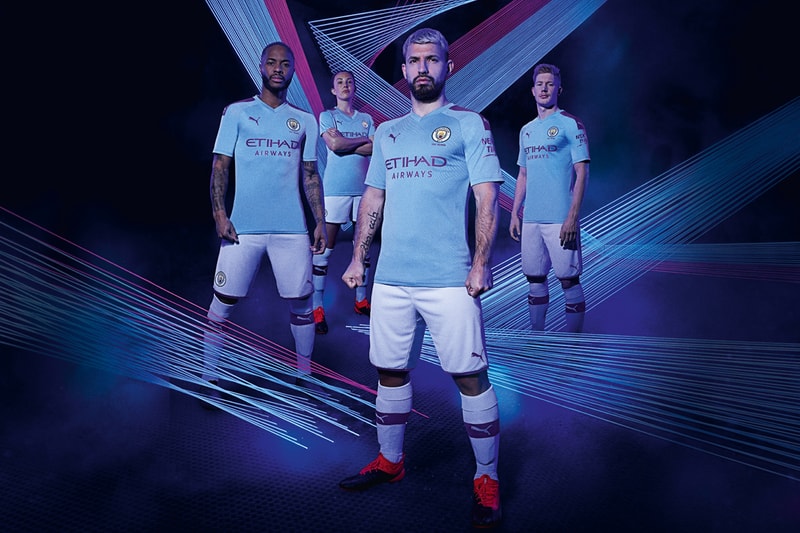 After announcing the reported $800 million USD deal earlier this year, PUMA has now unveiled Manchester City‘s home and away kits for the 2019/20 season. Both kits are inspired by different aspects of the city’s history, with a home jersey referencing its industrial heritage while the away kit pays tribute to the "Madchester" years and particularly The Haçienda.

For the home kit — which comes in the signature City blue — PUMA has added a woven jacquard pattern in reference to the cotton mills that drove the industrial revolution in Manchester. Additionally, the jersey also features hits of purple, a color that appears on home kits for the first time.

The "Madchester" influence on the away kit is clear through the references to The Haçienda, an iconic nightclub in the city. With a black base, the kit is then offset with yellow stripes on the left shoulder as a nod to the Ben Kelly-designed space. The jersey is then finished with peach and blue detailing.

For more kits for the upcoming season, take a look at the home jerseys to be worn by Paris Saint-Germain and Arsenal.