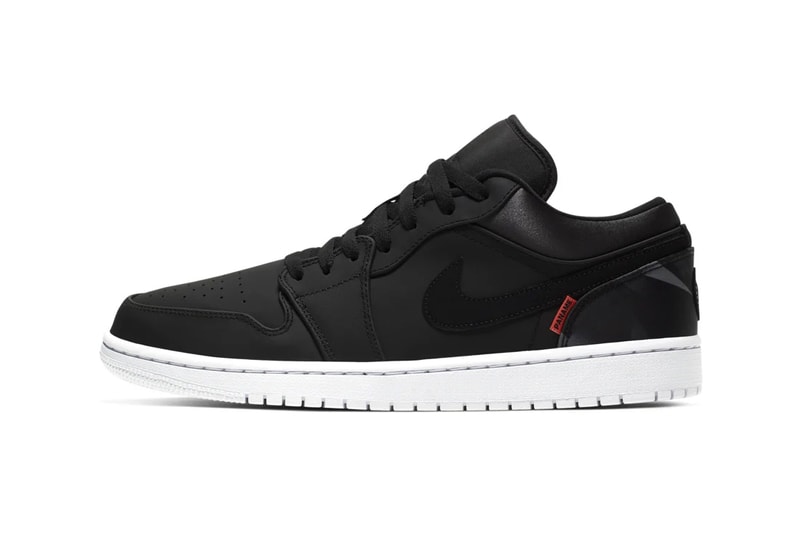 French football club Paris Saint-Germain has debuted the latest release from its ongoing Jordan Brand collaboration, which recently included an infrared away jersey. The new joint release is an understated take on the Air Jordan 1 Low, which made its debut during Paris Fashion Week alongside more collaborative sneakers and apparel.

The PSG x Air Jordan 1 Low is dressed in a black leather upper, with detailing including a PSG logo and jersey-inspired pattern on the heel. Elsewhere, the word "PANAME" — a slang word for Paris and its surrounding suburbs — is written in red, while the classic "ICI C’EST PARIS" slogan and chant appears on the sockliner.

Take a look at the PSG x Air Jordan 1 Low in the gallery above, and expect the collaborative shoe to release via Nike SNKRS on August 20.

As well as its ongoing PSG collaboration, Jordan Brand is reportedly trying to sign Raheem Sterling.