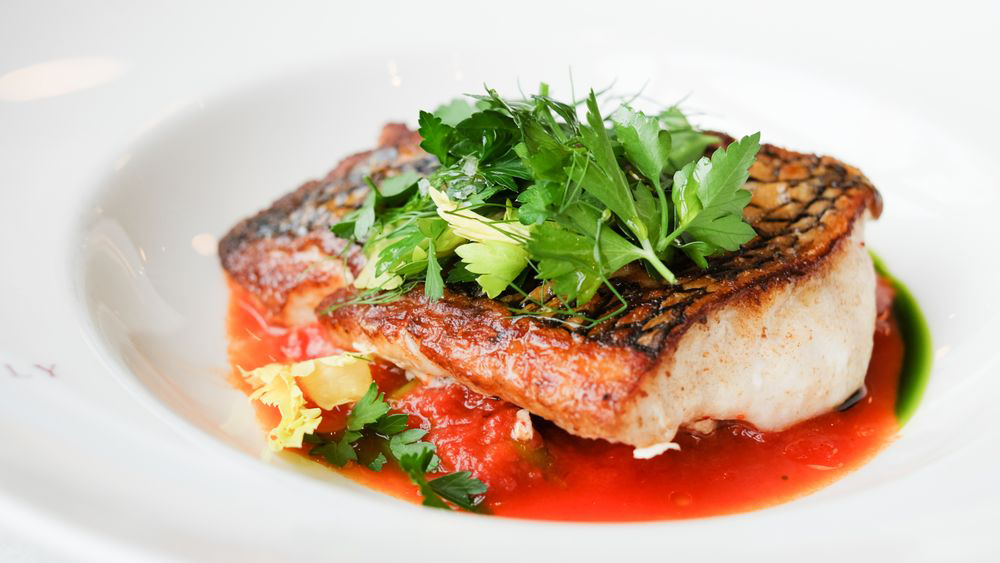 Where in the world is Michael Cimarusti? Between his fine-dining restaurant, Providence; his Northeastern sea-shack dream, Connie & Ted’s; the all-day Best Girl in the Ace Hotel; and his Italian-seafood counter-seating spot in Eataly, Il Pesce Cucina, the chef is, you understand, just a little busy. But at least two nights a month, we know where we can always find him—and how to snag a prix-fixe meal for a fraction of the price you’d find at his Michelin-starred restaurant.

The chef behind some of the city’s best seafood spots recently launched Thursdays with Michael, an Il Pesce series that takes place every other week at the far end of Eataly L.A.’s main food court. Naturally you won’t be receiving the tweezered strawberry “fraise” gras (a spin, of course, on foie gras), the flower-topped sashimi in persimmon vinegar, or the delicate bass-cheek “tacos” in nasturtium leaves you might enjoy on a $240 Providence tasting menu; the Thursdays with Michael dinners are something entirely different, yet use much of the same seafood you’d be tasting at Cimarusti’s pricier experiences.

Each installation involves a three-course menu, at $65 per person, with a focus not just on sustainable and line-caught seafood; the menu is always Italian (this is Eataly, after all), and features dishes unique to the series. You might enjoy traditional specialties from Puglia in one dish, or a reimagined, more modern crudo dotted with radish and mint in another.

“Usually we try to just combine whatever’s going on in the market, and then whatever’s available fish-wise,” the chef says. “We try to keep it very seasonal. But this is a little bit more complicated [than Il Pesce’s regular menu]—the food’s a little more refined than what we normally do.”

On the rare occasion Cimarusti can’t find daily catches to his liking in Los Angeles, he pivots, prioritizing freshness. One recent pasta dish, initially planned with sardines in mind, wound up weaving Japanese mackerel into the alla Sgombro along with fennel, tomatoes, pine nuts and sultana raisins. There might be line-caught striped bass from Virginia, crudo sashimi from Japan, or scallops from Morningstar seafood in Maine, the exact scallops served across town at Providence. “They come in still wiggling,” Cimarusti says of the bivalves, “just amazing. The fishermen come right to our back door, and we get them less than 24 hours after they were harvested.”

Diners can reserve their tables—with seatings between 5 and 9pm—or simply visit the host stand, which occasionally just so happens to be overseen by Donato Poto himself, Cimarusti’s business partner and a seasoned restaurateur. Though three courses are filling, don’t be afraid to round out the meal with an à la carte dish or two off of Il Pesce’s regular menu. (One order of that calamari fritti and you’ll most likely leave an Il Pesce evangelist.)

The series also offers a $30 supplemental wine pairing, plus à la carte amari-forward cocktails, should the spirit(s) move you. It’s a steal from a Michelin-starred chef, especially if a meal at one of L.A.’s few starred restaurants feels just out of reach; of course, the Michelin Guide is returning to Los Angeles this summer after a decade hiatus, but Cimarusti’s ready.

Il Pesce Cucina is located in the Eataly within Westfield Century City mall, at 10250 Santa Monica Blvd. The next Thursdays with Michael dinner is slated for April 25.