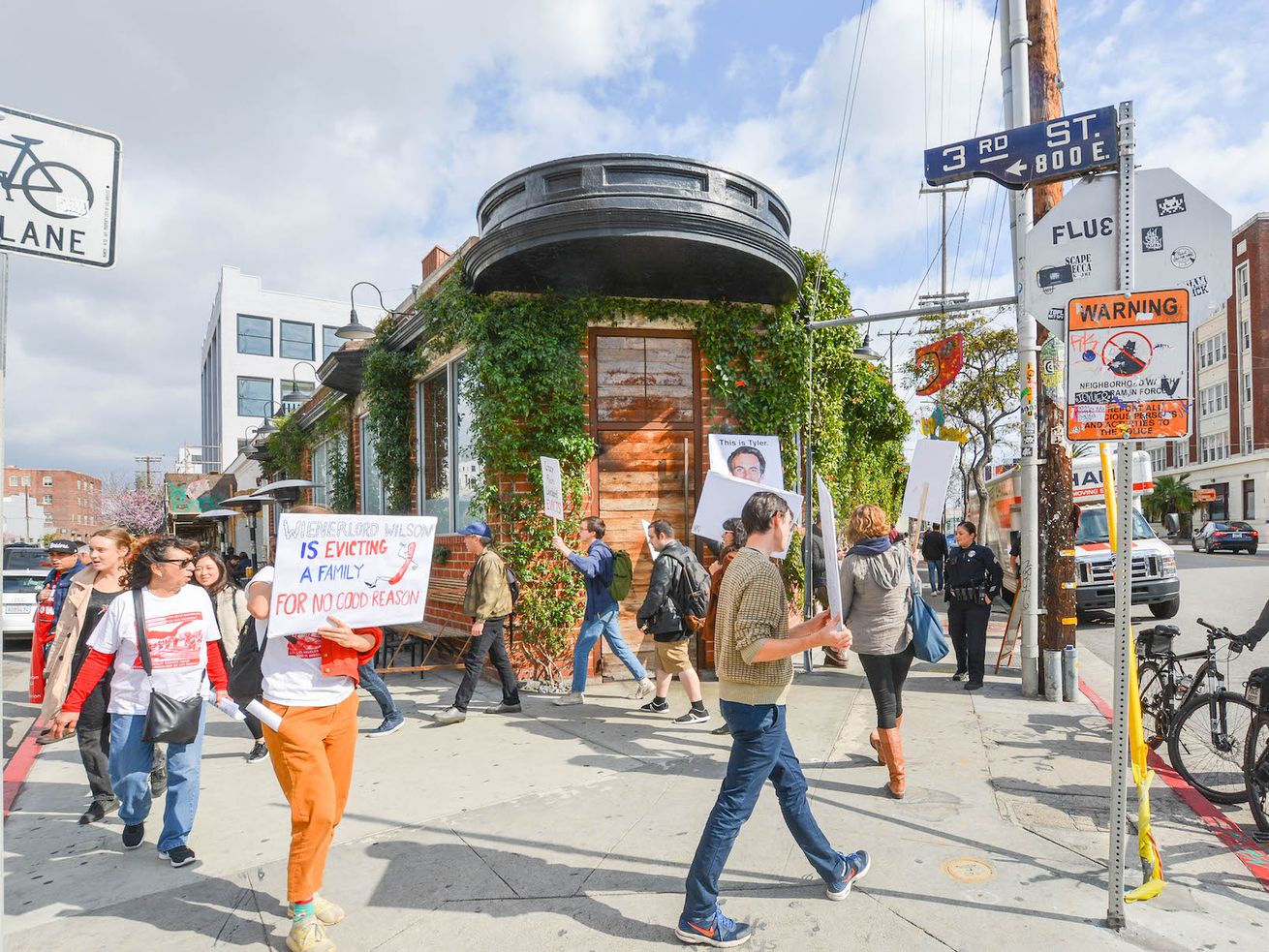 The saga continues for embattled gourmet sausage restaurant Wurstkuche, as the restaurant faced continued boycotts and picketing across both locations over the weekend. The issue stems from co-owner Tyler Wilson’s plan to evict a longtime family tenant from a home he recently purchased in Venice.

Curbed LA has been following the initial story of Wilson and renter Patricia Sánchez’s saga since last month, when activist groups like the los Angeles Tenants Union began calling for public actions against Wurstkuche’s locations in Venice and the Arts District in Downtown. Dozens of tenants rights activists have since shown up with bullhorns and signs, and the media coverage has grown to places like Los Angeles Magazine, which quotes Wilson as saying that he simply purchased a property that was for sale and should be able to take it off the rental market if he sees fit. “I don’t own houses for tenants,” he notes to LA Magazine, “That’s not my business.”

Wilson is eager to use the controversial Ellis Act to evict Sánchez and her family, who have lived in the home for nearly 25 years. While the home itself is rent-controlled, taking the property off of the rental market altogether would still allow Wilson to evict the Sánchez family. The house could then be used as an Airbnb rental, or quietly put back on the market at a later date with a higher rent attached, though Wilson has not said what he will do with the home once the Sánchez family is gone. For their part, the family says they will continue to fight eviction as long as they can, though they have been given a one-year notice to vacate.

Meanwhile, protests continued on Saturday, with tenants rights groups blasting a call to action across social media. In response, Wurstkuche ownership quickly rented several large box rental vans and parked them in front of their own restaurants to obscure the protestors from view. In a live video taken over the weekend, protestors in Venice were trying to see if police or parking enforcement would have the vans moved, while in the Arts District protestors moved to the corner near the restaurant’s patio and continued to march, chant, and pass out flyers to those walking by. So far there is no end in sight for the occasional protests, and the Sánchez family continues to fight their eviction while Wilson says that his private real estate interactions should not affect his business.