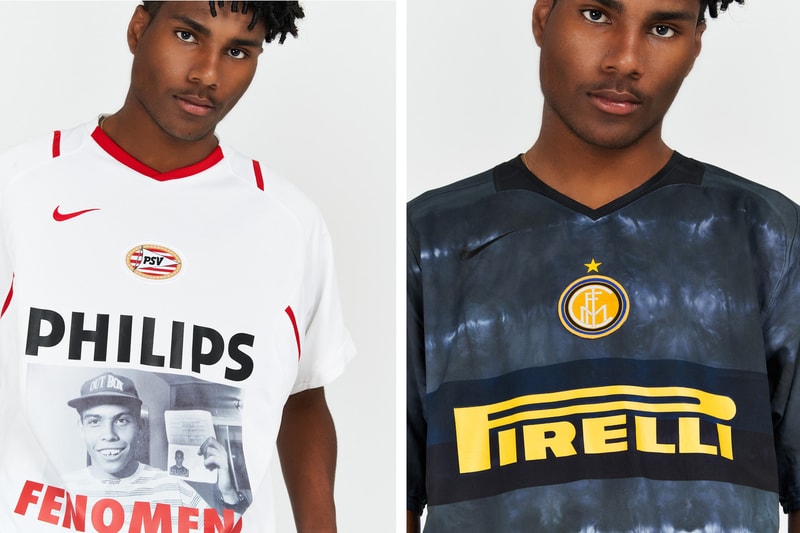 Throughout the collection, the label has breathed new life into a set of vintage kits worn by Brazilian superstar Ronaldo. The range is comprised of six kits, each representing a club Ronaldo graced his presence with including PSV Eindhoven, where R9 began his career in Europe and scored 53 goals in 57 games at only 18 years-old; two Inter Milan kits, where he won the UEFA Cup in 1998; and of course, two Brazil shirts, where he lifted the coveted FIFA World Cup Trophy twice (1994 and 2002). The reworked and revamped jerseys include tie-dyed offerings, metallic sponsorship labels, rhinestones and large portraits of Ronaldo himself. Scattered throughout the items are "Fenomeno Drop by Prane Paris" motifs and Nike Swooshes.