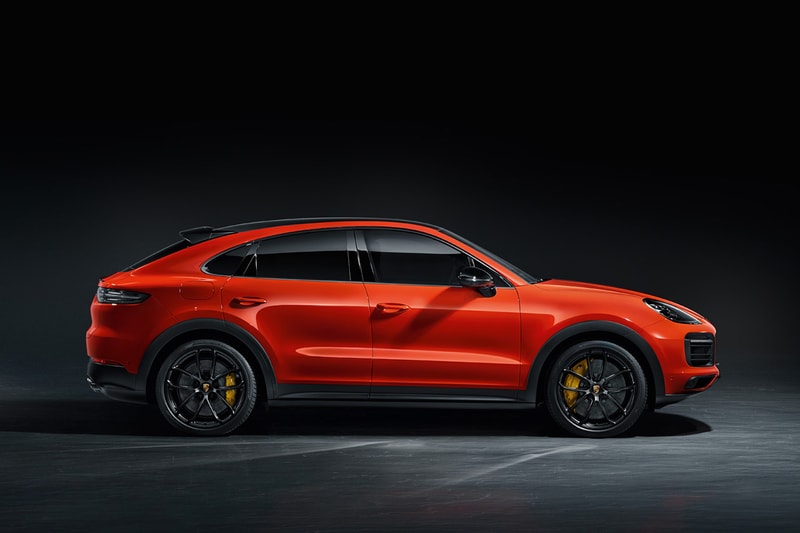 According to rumors, Porsche‘s upcoming Cayenne Coupe could be reworked by Porsche’s GT division for a truly- hardcore GT5 edition.

Motor Trend‘s Jonny Lieberman heard from an unnamed source that Porsche could be fitting the engine it built for the Lamborghini Urus into its own Cayenne Coupe GT. In direct competition with the Urus, the rumored Cayenne Coupe GT would be capable of combining 641 bhp and 627 lb-ft of torque from the shared 4.0-liter twin-turbo V8 unit.

Rumors suggest that if a Cayenne Coupe GT was to go ahead, it could be branded under Porsche’s recently-claimed GT5 moniker. Porsche trademarked the GT5 name with the European Union Intellectual Property Office in 2015, which fuels rumors that Porsche would be in the position to introduce a new car adding to its 911 GT3 and Cayman GT4 models.

Lieberman speculated that the rumored Cayenne Coupe GT5 could be treated to its sibling’s weightloss scheme — he assumed Porsche could strip the SUV of its rear seats like the GT3, making for a move which would differentiate the GT5 from the Lamborghini Urus and its Cayenne Coupe line.  Take a look at his post below for more information and speculation on the GT-derived SUV.

For more Porsche news, take a look at this one-of-three Type 64 from 1939 which is up for auction at RM Sotheby’s.

Here’s a bit of news: Porsche is going to do a GT version of the Cayenne Coupe. Meaning Porsche Motosports—the same people that build the race cars and stuff like the GT3, 911R, Speedster, GT2 RS—will be building a SUV. How do I know this? I know a guy/unnamed source. There’s a Cayenne Turbo Coupe in Flacht right now. Also, Mr. GT, Andy Preuninger, recently shared with @dasgimpen that Porsche Motorsports built the 641 horsepower twin-turbo 4.0-liter V-8 in the Lamborghini Urus. It only makes sense that the boys and girls in Weissach get to stick that humdinger of a power plant into a vehicle of their own creation. Sadly it’s not a two-door Panamera (read: 928), but at least it’s something. I’m curious to see how far Porsche Motorsports takes a Cayenne GT. Especially seeing how different a GT3 is from a regular Carrera. Will Andy’s team stick with the ZF 8-Speed? I think they have to. Lightweight measures, like no rear seats ala GT3? Like I said, I’m curious/I would. Name? Cayenne GT Coupe? Cayenne Turbo S Coupe? Cayenne Turbo GTS Coupe? I dunno, just guessing. As for why, well, why ask why? This is the car world we live in, May 2019. Finally, the orange SUV in the pic is the new Cayenne Turbo Coupe, not the SUV I describe above. #porsche #cayennegt #cayenbecoupegt @porsche ????? EDIT: Yes, I wish a Panamera GT was happening, too/instead. But it ain’t. At least not now. EDIT 2: I was going to make a GT5 guess/joke, but @tyasmoerti93 is claiming Porsche has trademarked GT5. What a world!