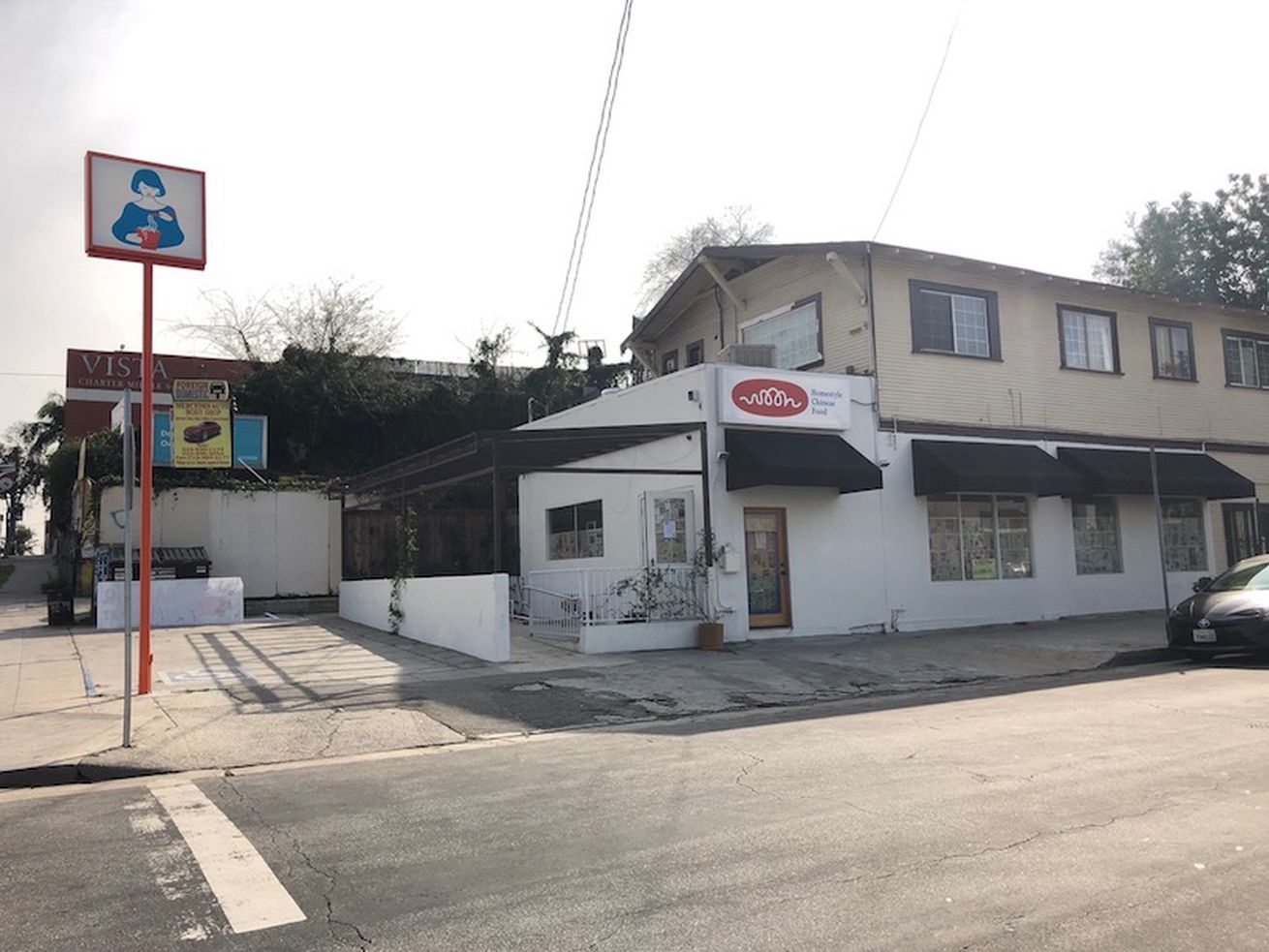 Over the last four years, the popular Woon pop-up maintained regular appearances all over Los Angeles. The restaurant will open a permanent space to showcase its fresh Shanghai noodles and bao in Historic Filipinotown in early-March.

Woon’s menu will expand slightly beyond its emphasis on beef and vegetarian noodle dishes. It’ll take the fast-casual route and add bar snacks to accompany a beer and wine menu. Also on deck are baked tofu with pickled cucumber, smashed radish salad, and wood ear mushroom salad that are childhood favorites of owner Keegan Fong.

After taking over the now shuttered Hungry Pig on November 1, Fong brought in family and friends to assist. After gutting the dining room, Fong’s roommate, Peter Wilday designed the 1,400 square foot interior, with a covered 400 square foot patio that overlooks the corner of Temple and Reno Streets.

It’s the same method Fong applied at at all Woon pop-ups, where everyone pitches in. This was a bit challenging during the pop-up’s run, as his mother Julie (also known as Mama Fong) worked at Pasadena’s Lincoln, sister Andrea Knopf ran a fashion label, and brother-in-law Philip Knopf worked out of Koreatown. At the time, Keegan was living in San Diego, working in Orange County, and was launching a surf bank called Vissla.

Over the last two years, Historic Filipinotown’s expansion includes some fantastic new additions, including Porridge + Puffs, HiFi Kitchen, and late-night spots like Genever. Woon will open Sundays through Thursdays from 11 a.m. until 3 p.m., with dinner from 5 p.m. until 9 p.m. Fong will extend dinner to 11 p.m. on Fridays and Saturdays, and take Mondays off.