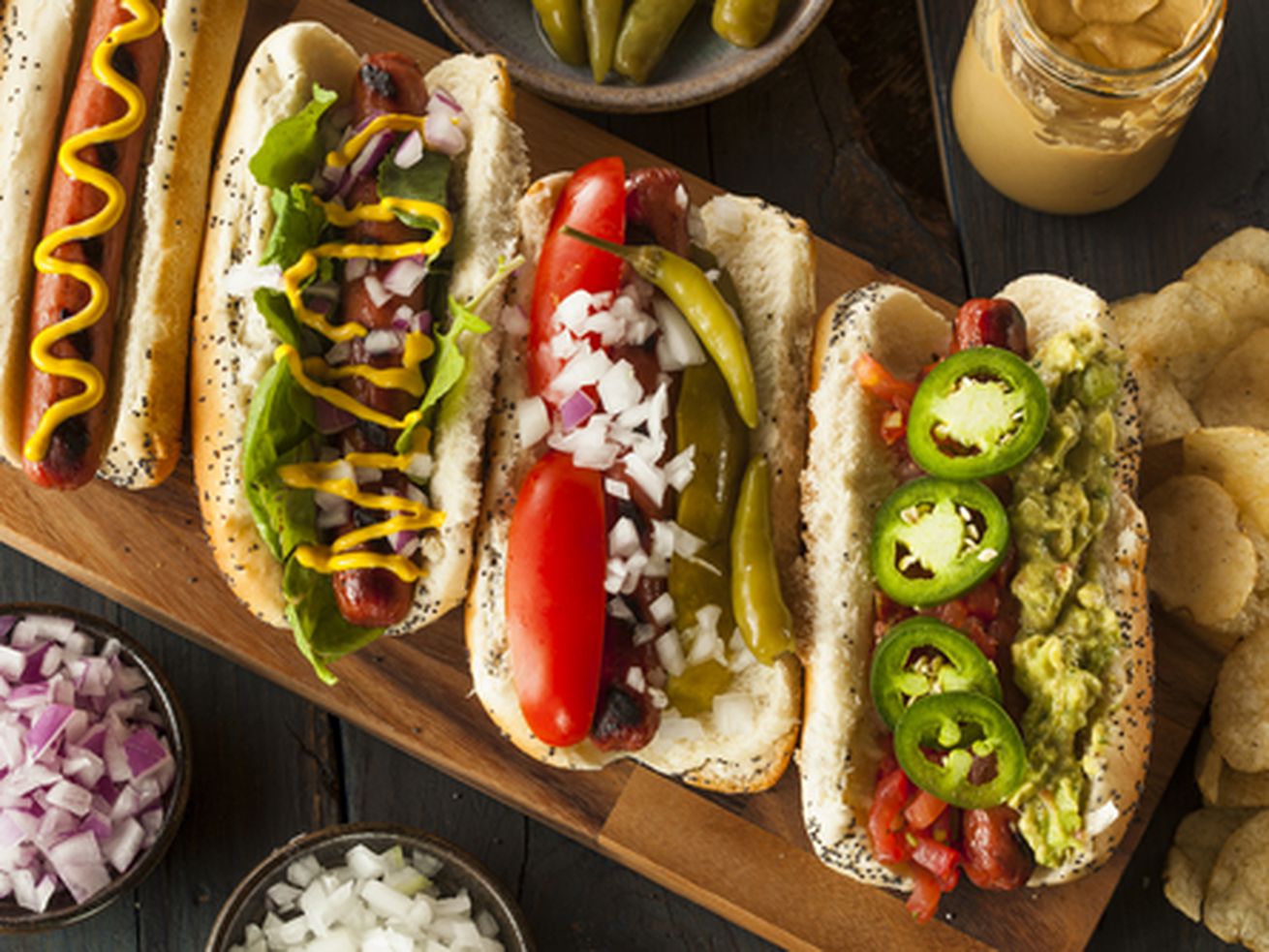 A man named Arka Sangbarani Oroojian allegedly punched two women over an argument at a Downtown hot dog stand. As it appears in the video, after assaulting the women, he then fled the scene. After a bystander’s video of the incident trended on social media, Oroogia turned himself in on January 30, where police booked him on suspicion of assault with a deadly weapon. What was the the fight all about? It seems the hot dog line.

On January 26, a group of people waited at a hot dog stand outside the Falls Lounge on Spring Street, when Oroojian allegedly began complaining about the price, according to the Los Angeles Times. One of the women involved in the incident told NBC-4 that another vendor offered the man a free hot dog, but he continued to complain. The woman suggested Oroojian to leave and the next thing she remember is Oroojian hitting her friend. As shown in the video, Oroojian punched both women one more time before fleeing the scene. It appears that no one came to the assistance of the victims.

Attention Los Angeles — this guy brutally punched two women at a hotdog stand on Jan. 26 in the area of 6th & Spring. Someone knows him, and we would like to be one of those people. If you have any info contact Detective Gonzalez 213-996-1851 (after hours contact 213-486-6606). pic.twitter.com/DN1Og1lToM

Both women suffered concussions, and one had a broken finger. The victims were treated at a nearby hospital. LAPD notified Angelenos that the man turned himself in. His lawyer says that Oroojian has no prior arrests, and feels “remorseful” about the incident.

UPDATE: Arka Sangbarani Oroojian turned himself into police last night at LAPD Central Station and was booked for Assault with a Deadly Weapon. His bail has been set at $90,000. We thank the community for their help in spreading the message https://t.co/BBAlsdlqKq