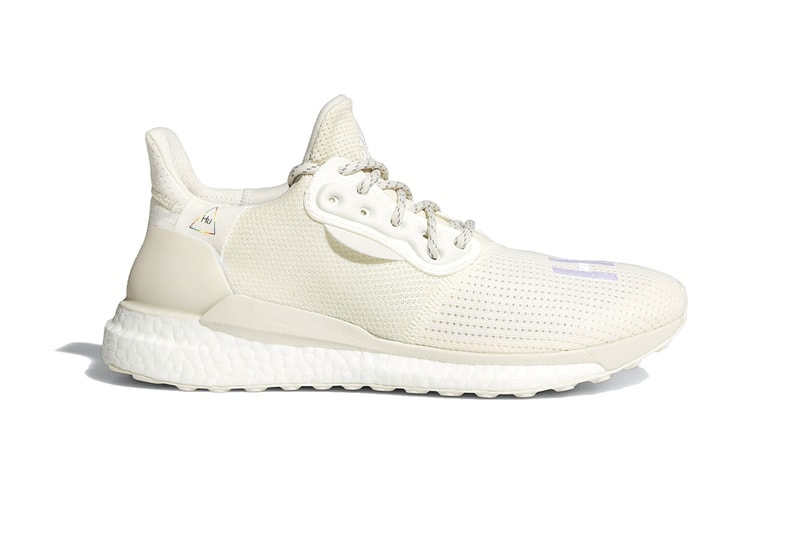 Pharrell Williams continues his successful adidas partnership with the release of four new colorways of the SolarHu Glide silhouette, releasing later this month.

The BOOST-equipped sneaker comes in four tonal iterations as part of the "Greyscale" pack, ranging from "White" and "Off White" to "Grey" and "Core Black." The mesh and Primeknit upper is completely tonal and sees all of its components finished in similar greyscale hues.

One of the most notable pairs releasing is the "Off White" offering, which sports a "Core White" BOOST sole unit that contrasts a creamy "Raw White" and "Off White" upper. Each pair features a felt "Hu" patch on the rear lateral quarter, adjoining the heel cup to the sneaker’s opening. For the "Off White" pair, Pharrell and adidas switch it up and highlight the "Hu" branding in a rainbow triangle.

All four sneakers feature tonal "Hu" embroidery on the forefoot, a set of matching laces and a Continental rubber outsole. They are priced at £129 GBP each (approx. $162 USD) and can be purchased from retailers such as Sneakersnstuff on July 20.

In other news, a new YEEZY BOOST 700 colorway has surfaced.