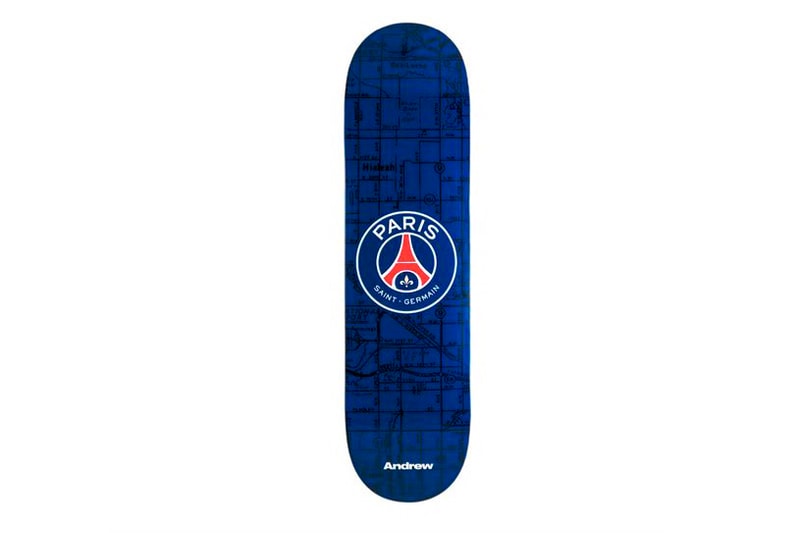 Ligue 1 champions Paris Saint-Germain have teamed up with Miami-based retailer Andrew on a triad of limited edition skate decks.

Available in three colorways of yellow, red and blue, each option features a map of Miami with PGS’s team badge spotlighted in the center. Branded in white, Andrew’s logo has also been placed at the bottom of each iteration.

Interested buyers can head over to PSG’s official site to shop the limited edition decks now which are retailing for €100 EUR (approximately $112 USD) each.

PSG are known for its array of collaborative projects, recently teaming up with Nike on the Epic React Flyknit 2 and BAPE for a co-branded Football.