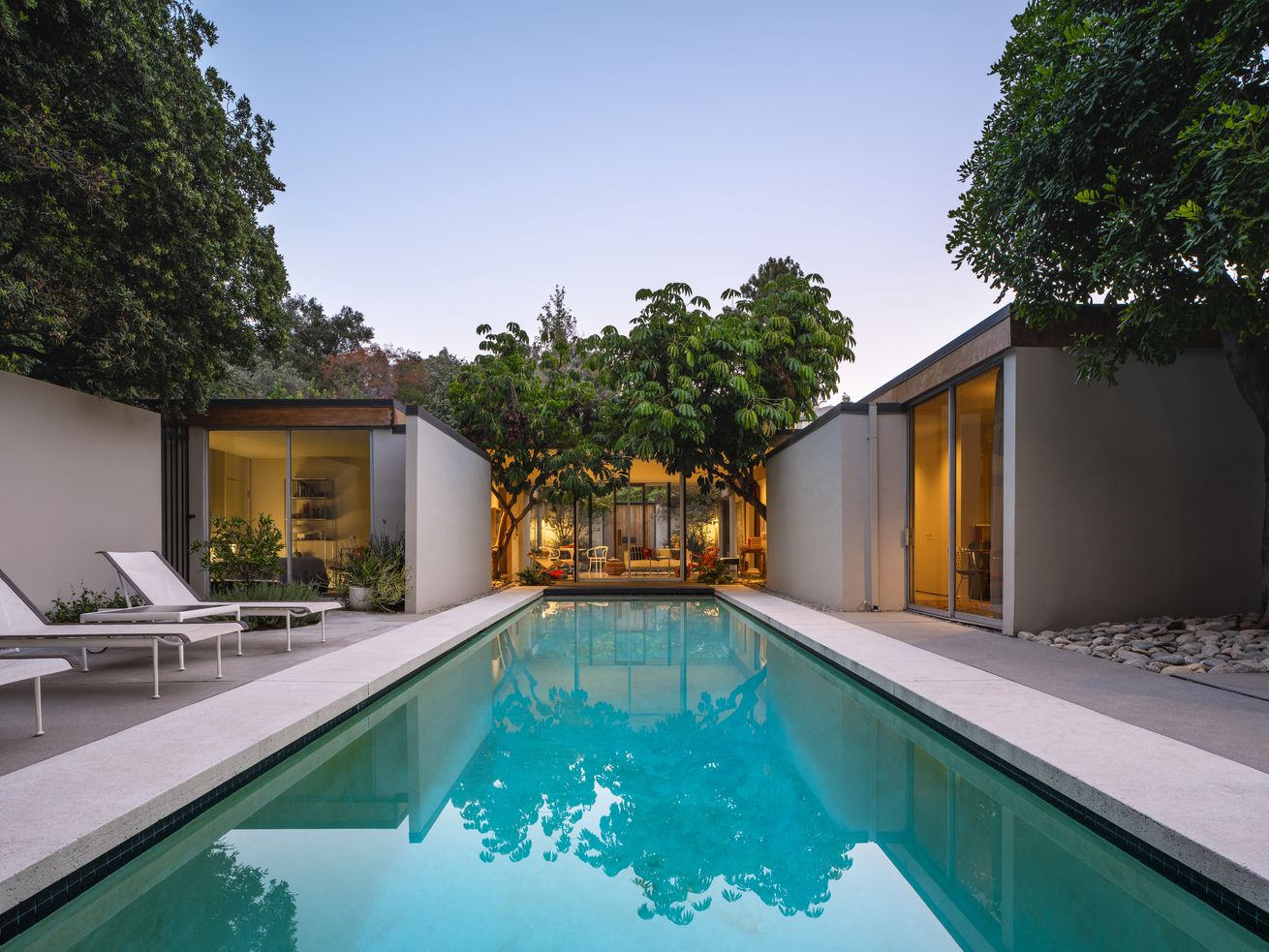 The museum is also launching an exhibit about the architectural team

Designed by acclaimed architects Thornton Ladd and John Kelsey in 1962 for Kelsey and his family, the three bedroom, three and a half bath residence has been described as a “modernist Roman villa.”

Built on a woodsy, .63-acre lot above the Annandale Golf Club, the home wraps around a pool open to the sky and features floor to ceiling glass, a formal dining room paneled in bleached teak, terrazzo, and concrete slab floors, and a guest house with full bath and separate entrance.

If at least 55,000 tickets are sold by the April 26 deadline, the grand prize winner will be offered her choice of the 2019 Dream House; a 20-year annuity of $5 million payable in 240 monthly installments; or a one-time cash payment of $3.5 million. To date, the grand prize has been awarded seven times, with just two winners opting for the house.

In conjunction with the fundraiser, the art center is also launching a new exhibit on the architectural partners, who emerged from the influential California Modernist movement pioneered at USC in the post-WWII era.

Curated by Kevin Lane of Placewares Projects, Ladd & Kelsey: Noble Places will showcase period photos of the firm’s projects taken by Julius Shulman, Ezra Stoller, and Wayne Thom, as well as ephemera such as vintage design magazines and movie posters for films featuring the architects’ visually striking work, which includes the Norton Simon Museum and the master plan of the Cal Arts campus.