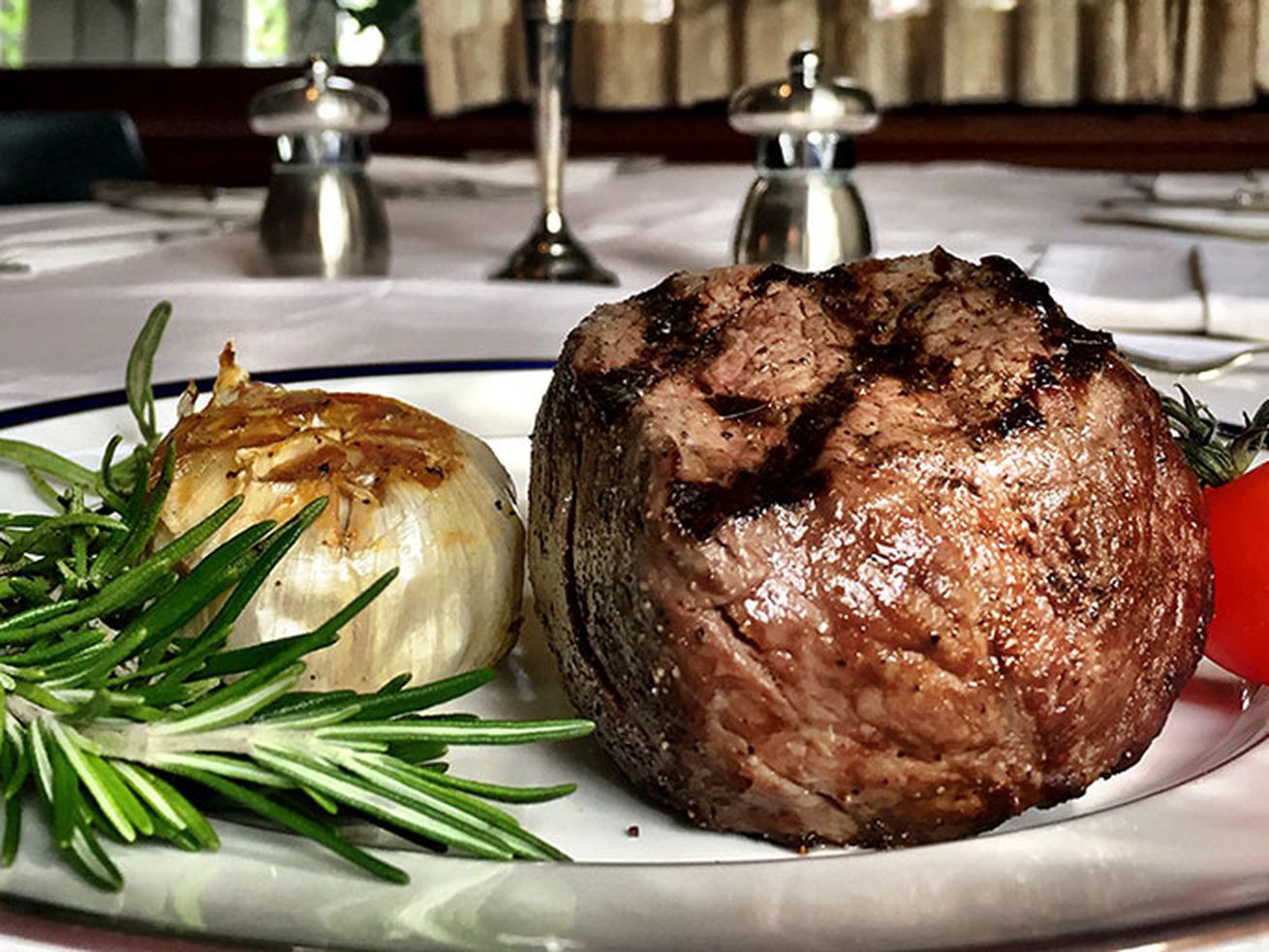 Plus Majordomo’s charity, and more casual chicken in Downtown

One of LA’s best food deals is back, as Pacific Dining Car is once again doing reduced-price steaks to celebrate its anniversary. The group’s iconic baseball steak, available at both locations in the city, is just 98 cents from now until August 23. There is, of course, one catch: Those who want the steak must secure a reservation online by filling out a form, as that’s the only way to officially get the deal. Still, it’s a small price to pay in more ways than one.

Majordomo donated all of last Friday’s profits to charity, reports the LA Times, as a way to fight back against investor Stephen Ross’s planned fundraiser for President Trump. The quiet charity evening benefitted Planned Parenthood, Everytown, RAICES and the Sierra Club.

Chicken on the move

Mon Petit Poulet is opening up a second location in Downtown. The Venice rotisserie chicken spot has secured a space inside the Spring Arcade, with plans to open next week.

A popular Australian wine event called Pinot Palooza is coming to Los Angeles on September 28 at City Market South. The $60 event will include 100 different wines from dozens of wineries.

Tierra Mia, the homegrown cafe company with more than a dozen locations around Southern California, seems to have a new home base. That’s per the Eastsider, who reported on recent signage up at the former LA Baking Company location at 2100 North Broadway in Lincoln Heights. And yes, they will have a cafe on site as well.

There’s an all-new culinary team at the Hotel Californian in Santa Barbara. Travis Watson, who has worked in France at places like La Ciboulette, is now on to oversee a complete change for Blackbird, turning the upscale-ish dinner destination into a bar with food. They’ll also be redoing the on-site cafe and rooftop pool deck and library bar areas.

Yola Mezcal is putting on a one-day festival in Downtown this Sunday called Yola Dia. The daylong party will include cocktails of course, as well as art, music, and more, including food from Elena Reygadas from Mexico City’s beloved restaurant Rosetta. The whole thing is going down at the LA Historic State Park in Chinatown.