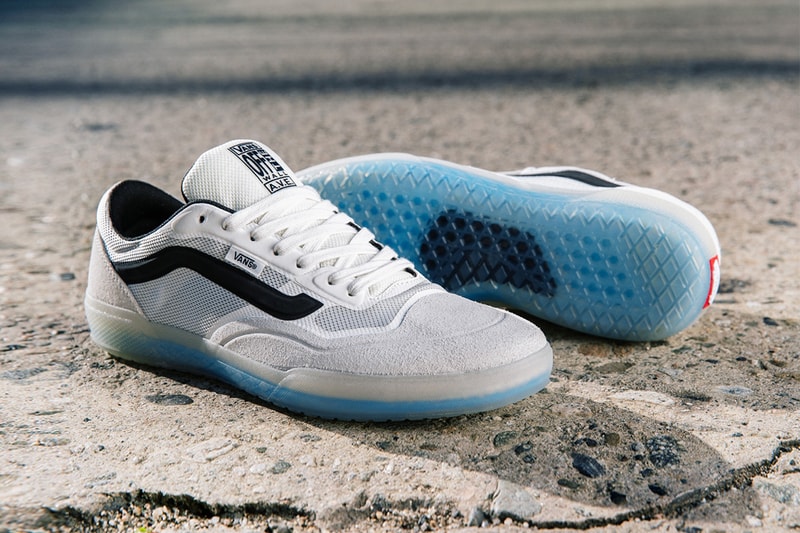 After recently showcasing its patchwork-clad "MONALISA" pack, Vans has returned with a new special silhouette that celebrates Anthony Van Engelen‘s skateboarding career: Vans AVE Pro. It’s been nearly 15 years since Engelen released a signature cupsole model, and this one is the most technically advanced one yet.

The signature sneaker blends classic fabrics with functional textiles, utilizing a mix of LuxLiner™ mesh overlays and premium suede. Putting together details like crisp white laces, tonal rubber eyelets and black side stripes, the silhouette offers a clean and modern exterior that hides a bevy of advanced materials like Duracap™ underlays and RapidWeld™ no-sew technology.

Below the mesh uppers, light grey suede panels sit at the forefoot and the heel for added traction against grip tape. All of these features sit atop the progressive UltimateWaffle cupsole, equipped with an internal shank that enables flexibility around the forefoot. Another layer of impact cushions and a full-length Ultracush midsole round up the features of the sole.

In the development of the shoe, Van Engelen worked with Vans’ design team on every step of the way, testing and reiterating until they came up with something worthy of the his name. Van Engelen mentioned in a statement, “with the AVE Pro — my first cupsole in 15 years — we achieved a completely transformed upper with Vans’ Rapidweld technology and improved the grip and board-feel in the sole overall. This shoe for me was a natural progression toward making a durable, technical skate shoe. Not only does it deliver a lighter, longer-lasting shoe for skating—but it’s an important step in innovation for Vans to pursue as the leader in skate shoes.”

The Vans AVE Pro will be available worldwide on August 22 at vans.com.

Elsewhere, Levi’s and Nike have rejoined for customizable denim sneakers.

My New shoe hits shops in 3 days. Hope you like em as much as I do. As always thank you all for your support✊? thank you to @vansskate and @bennymaglinao?