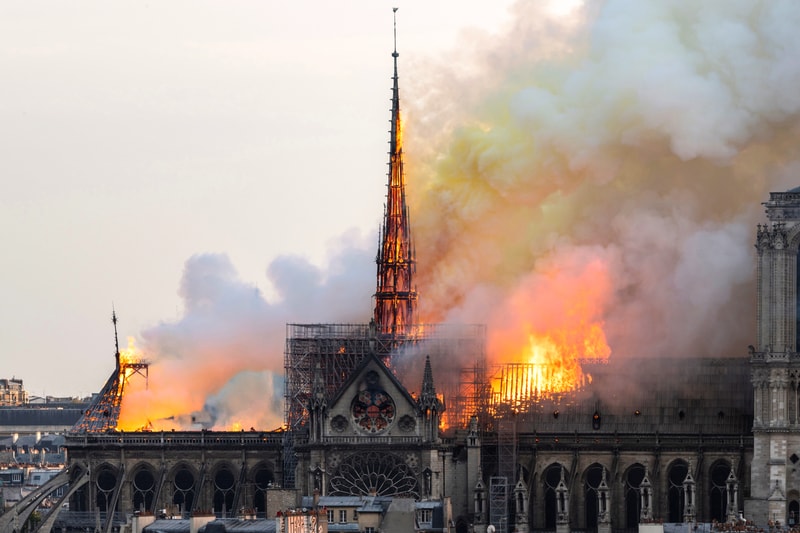 Paris landmark Notre Dame Cathedral was hit with a major fire on the evening of April 15, but the 850-year-old gothic beauty’s structure was thankfully saved from the blaze.

Paris fire-service commander Jean-Claude Galler confirmed that the main edifice and two bell towers of the cathedral had been spared, crediting the work of hundreds of firefighters in preventing the fire’s spread to the north tower belfry. City mayor Anne Hidalgo also announced that most of the artworks and religious relics that called Notre Dame Cathedral home were also salvaged, with France’s culture minister Franck Riester uploading photos of their removal on social media.

Police claim that the fire accidentally began due to the cathedral’s ongoing construction but an investigation has been opened by the prosecutor’s office to clarify. The deadly blaze began at around 5:50 PM local time, claiming two-thirds of the roof and the spire installed in the 19th century. Its three medieval rose windows also reportedly exploded in high heat. Visitors and residents inside the landmark and surrounding areas were quickly evacuated along with the closure of metro stations and certain roads by the river.

In other news, the Helvetica font is getting a revamp for the first time in 35 years.