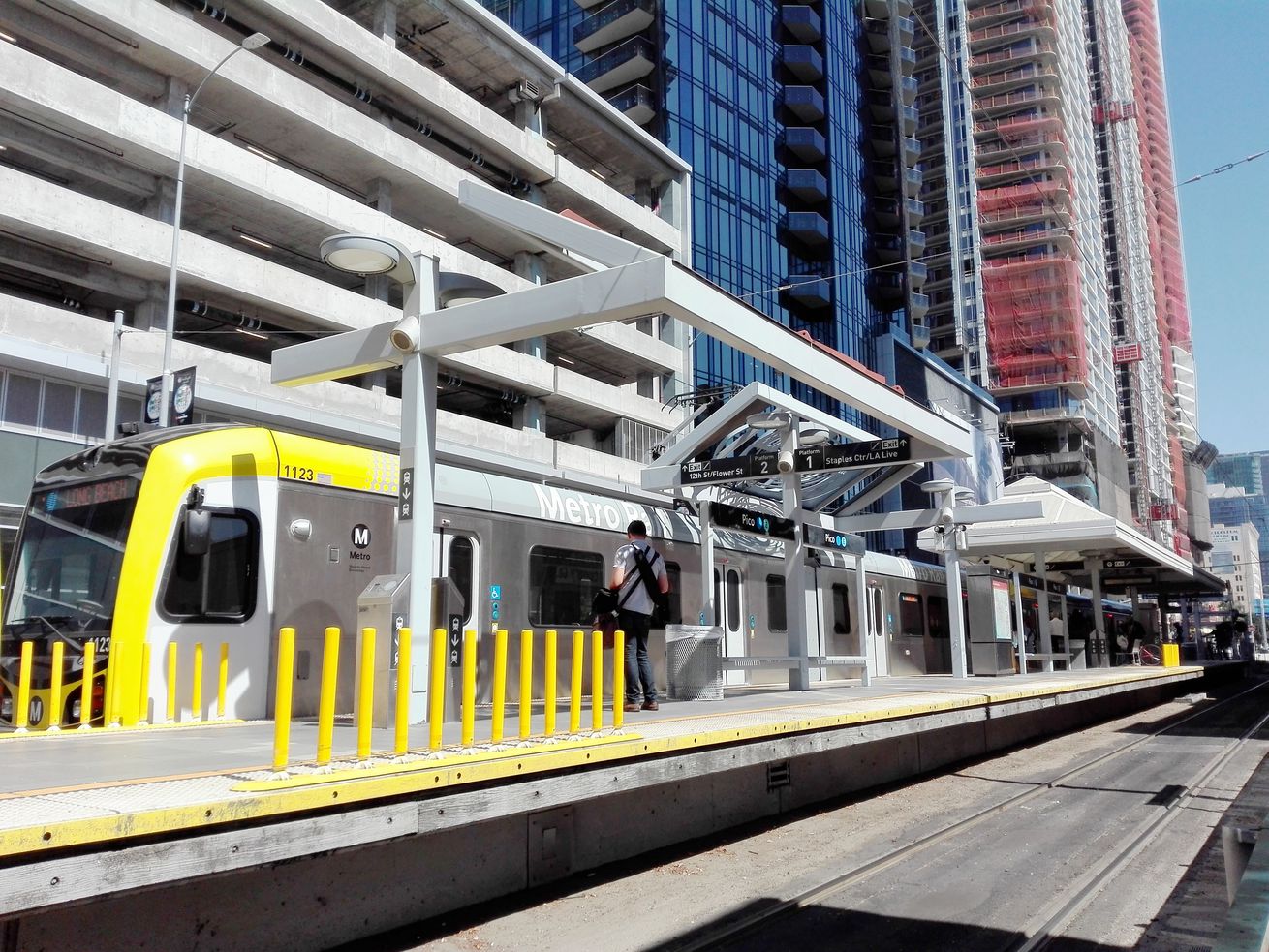 Stations from Downtown LA to Willowbrook will close June 1

For the last four months, the southern half of Metro’s Blue Line has been closed for repairs, forcing many riders between Long Beach and Watts to take replacement shuttle buses. That ends June 1.

The downside is that a separate four-month closure of the northern portion of the line will begin the same day.

Metro will halt rail service between the 7th Street/Metro Center Station and the Willowbrook/Rosa Parks Station until September. At that point, the full train line is scheduled to reopen—not as the Blue Line, but as the A Line, becoming the first Metro rail line renamed in a new letter system.

Later in June, Expo Line riders will also be affected by service outages at the 7th Street/Metro Center and Pico stations. Those stations will be closed to both Blue and Expo riders for 60 days, reopening for Expo Line passengers in August. During the closure, Expo Line riders will have to board or disembark from the train at the LATTC/Ortho Institute Station, south of Downtown LA.

Buses will replace train cars on the northern portion of the Blue Line, as Metro renovates stations and infrastructure, with the goal of speeding up service and making the line less susceptible to delays and breakdowns.

To accommodate all the new buses, Metro will install a temporary Downtown LA bus-only lane on Flower Street, which is set to be up and running March 20.

While this part of the route is out of service, riders will have a few different shuttle options.

This free shuttle bus will travel daily from the Compton Station to the 7th Street/Metro Center Station, stopping at every closed Blue Line station along the way.

This bus costs $1.75, with free transfers (Metro’s standard fare for all trains and buses). Starting at the Compton Station, it will then head west to the 110 freeway, mirroring the Silver Line route on its way to Downtown LA. After exiting the freeway, it will head up Flower Street, stopping at Adams Boulevard, LATTC, and Pico Boulevard en route to 7th Street/Metro Center Station.

Those who ride frequently between Long Beach and Downtown LA, are probably already familiar with this express bus, which started running in January and will continue to operate during the northern closure. It costs $1.75 and stops at every Long Beach station, in addition to the Blue Line’s three northernmost stops (LATTC, Pico Station, and 7th Street/Metro Center Station).

The Silver Line remains a good option for those commuting between Downtown LA and the South Bay. The 108 and 358 buses provide connections between South LA’s Slauson Station and the Silver Line, while the 115 connects the Firestone Station to the Silver Line.

Meanwhile, the 55 and 355 buses mirror most of the Blue Line’s northern route, providing some overlap with the 864 shuttle.

During the southern closure, bus schedules were adjusted multiple times to accommodate for passenger demand on specific routes.

Any schedule changes during the northern closure will be posted on the Blue Line project website and communicated through social media and updated signage.

Why is the closure necessary?

During the closures, Metro will upgrade most of the Blue Line’s overhead catenary wire system and signal system and it will update portions of worn-out track and aging station infrastructure. The busy Willowbrook/Rosa Parks station is also getting a $109 million overhaul set to include a larger platform for riders, a customer service window, and a public plaza alongside the station.

Metro’s goal is to speed up service along the entire Blue Line, reducing travel time from 58 minutes to 48 minutes between Downtown Los Angeles to downtown Long Beach.

Riders on the southern half of the route—between Compton and Long Beach—will soon experience some of those upgrades, including new traffic signal programming in Long Beach. The change is expected to keep the train moving through intersections while traveling at street-level, speeding up its journey through the city.

The northern closure will affect thousands of riders. Metro ridership numbers show that more than 64,000 people used the Blue Line every weekday in 2018, making it Metro’s most-ridden light rail line.

Even while the southern half of the line was closed, more than 30,000 riders boarded the line daily last month.

Still, the delay-prone Blue Line—the oldest train in Metro’s system—has struggled to attract new passengers in the last decade. Between 2016 and 2018, weekday ridership on the route declined nearly 18 percent.

Metro staffers say once the line is fully reopen, the agency will provide “incentives” to attract more riders to the train—though what exactly those incentives will be has yet to be determined.