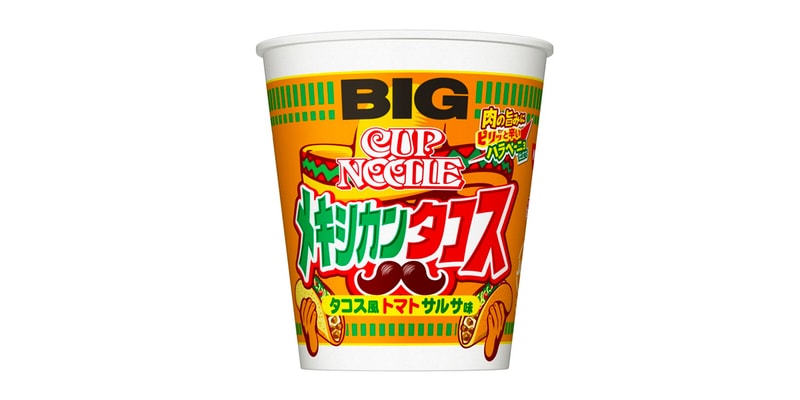 Nissin has announced that they will be releasing a new iteration of its renowned Cup Noodles in a “Mexican Tacos” flavor. Following a viral trend that saw restaurants putting a Mexican, carne asada twist on the iconic instant ramen, the Japanese food company has decided to come out with an official iteration that seeks to replicate the flavor profile of tacos. Offered up in the Big version of the famed snack-meets-meal, the new flavor takes on the taste of the iconic Mexican street tacos, utilizing a refreshing tomato salsa soup-base that offers a hint of pork flavor. More aromas and tastes include a tortilla and spicy green pepper accents.

The packaging resonates with vibrant fiesta culture and will release in Japan later this Summer. The price of the Cup Noodles Big “Mexican Taco” flavor is set to retail for ¥220 JPY (approximately $2 USD) and will be available nationwide in Japan at convenience stores.