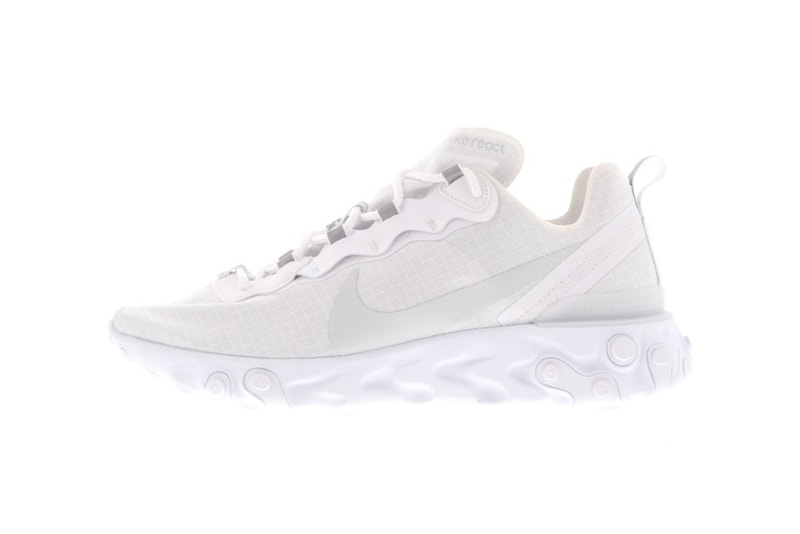 Detailing is headlined by the grid-patterned upper alongside platinum accents seen on the leather eyelets, Swoosh-branding and on the heel tabs. Rounding out the specs are the all-white rubber pods on the sole added for additional traction and stability.

To purchase Nike’s React Element 55 "White/Pure Platinum" for $130 USD, head over to Sole What’s web store. Take a closer look at the design in the gallery above.