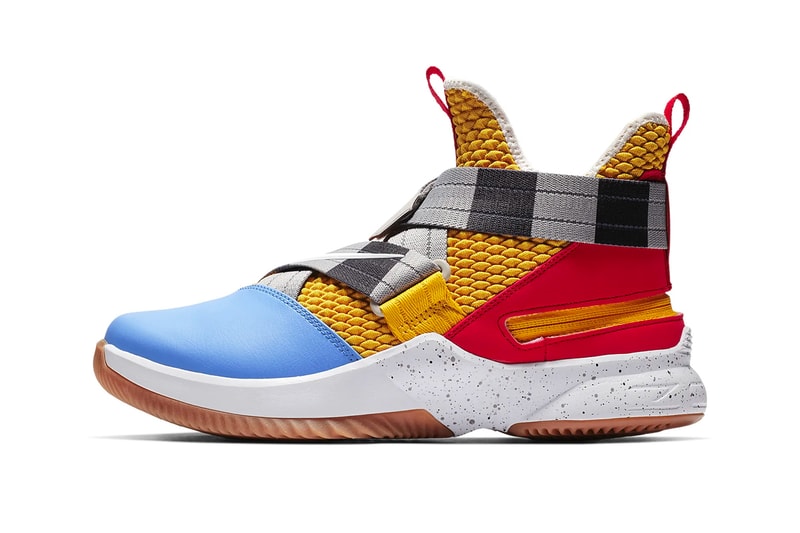 Inspired by the infamous Arthur meme showcasing the cartoon character with a clenched fist, this new Nike Basketball silhouette incorporates colors from the iconic cartoon character such as bold "University Gold" on its Battleknit upper to mimic his shirt; vibrant red on the heels; and finally icy blue on the toe box to represent his jeans. For a final shout out to the animated character, a circle similar to the show’s logo, can be found on the insoles.

Elsewhere, black-and-grey striped straps wrap around the upper, while white Swoosh branding and LeBron’s crown insignia can be found. As an added note, the silhouette also features Nike’s FlyEase technology, seeing a zipper wrapped around the heel for easy wear.

LeBron used the "Arthur Angry Fist" meme back in 2017 with the caption "Mood." Interested fans can purchase the The LeBron Soldier 12 "Arthur" at select retailers and over at nike.com for $130 USD.