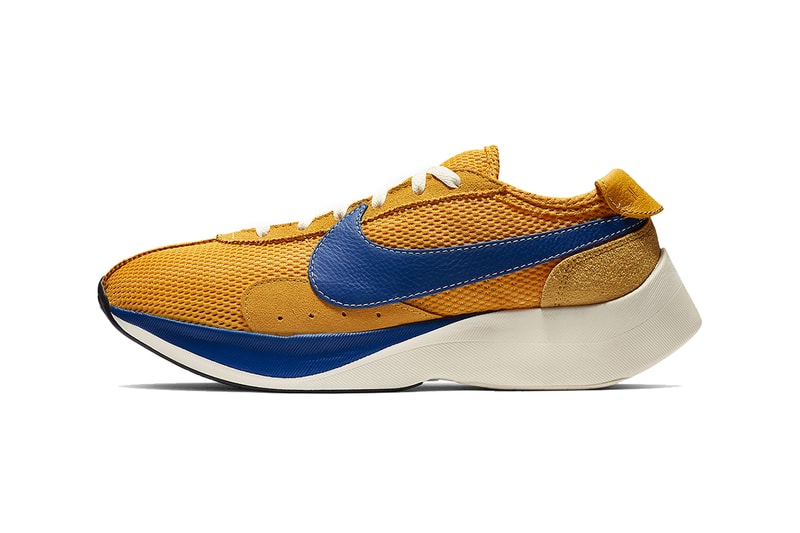 It’s been a few months since the we’ve seen new editions of Nike’s Moon Racer. Ahead of the spring season, the racing model returns with some influence from the Swoosh’s track & field beginnings in the ’70s. Inspired by vintage runners that sported waffle soles, two new iterations of the Moon Racer are set to release. The first sees a yellow-dominated body that’s joined by blue accents seen on the upper’s Swoosh logo and midsole. The next provides a small modern take with a blue base and red detailing. Each silhouette adds breathable mesh throughout their respective uppers, with suede placed on the heels, lateral sides and eyestays. Lastly, leather completes the material mashup on the aforementioned Swoosh insignias and heel.

This duo of Nike Moon Racers will retail for $150 USD each at select Nike Running stockists and Nike.com in the coming weeks.

Fans of the model can take a look at previous colorways revealed in October.