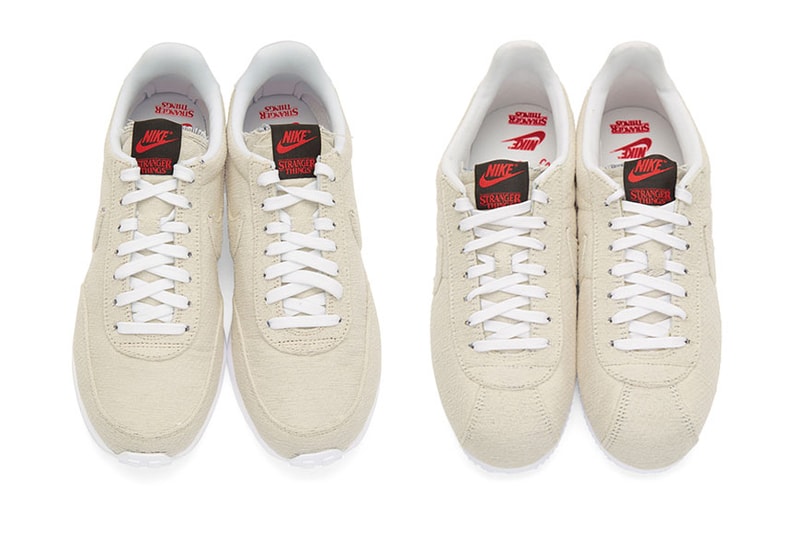 After releasing, not one, but two 80’s-inspired collections to celebrate its third season, Stranger Things has once again teamed-up with Nike on a special range of collaborative sneaker silhouettes.

Instead of the bold colorways featured in the aforementioned packs, this time around the two entities have opted for a toned down textural sail upper, similar to the one seen on BAIT’s exclusive San Diego Comic-Con iteration that launched two weeks ago which included hidden details. For these, the outer upper can also be faded away to reveal a dark denim inner layer.

Additionally, the pairs feature contrasting red hits which dresses the Nike and Stranger Things co-branding on the tongue tabs and insoles, along with the Nike branding on the back heels.

So far only the Tailwind ’79 and Cortez have released at select retailers such as SSENSE for $165 USD, although the Blazer will likely surface in the near future.

Keep it locked here for a wider release date when it surfaces.

For more sneakers you can purchase now, the UNDERCOVER x Nike Daybreak returns in this week’s best footwear drops.