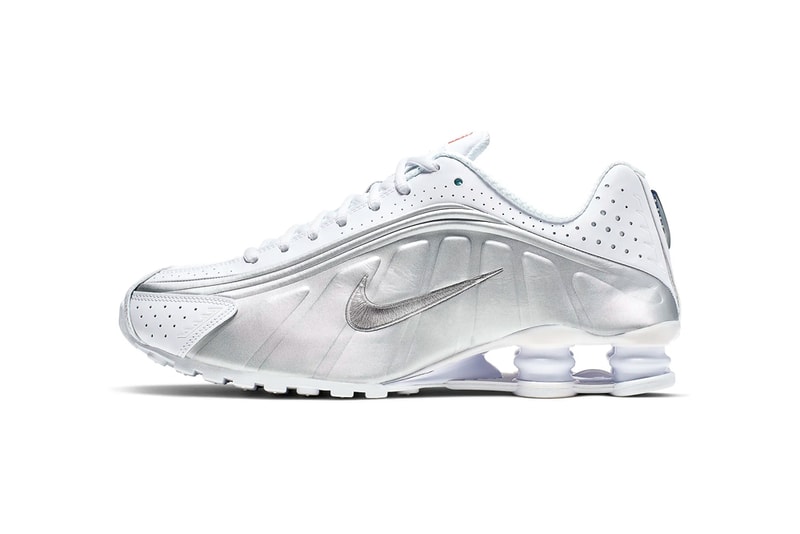 After unveiling the Shox R4 silhouette in a "Triple Black" colorway last week, Nike is now bringing its customary silver tones back to the model, this time accentuating the metallic and white design with "Bright Crimson" accents. The new edition is right in line with other drops that have surfaced since Nike re-released the style in the fall, with the brand relying upon traces of silver as one of its key color threads alongside contrasting tones such as "Comet Red" and "Max Orange" in some of its preceding versions.

With a silky clean white and "Metallic Silver" upper, the latest Shox R4 is in familiar form by getting dotted with the rich shade of crimson. The warm hue makes subtle appearances on the tongue’s Shox logo, before returning in select splashes on the rubber-modified waffle outsole. Meanwhile, the signature four-column support system remains intact at the heel, as well as the perforated details along the toes and ankles. The sneaker also maintains its lightweight Phylon midsole, rounding out the shoe’s enhanced cushioning elements.

Priced at $140 USD, Nike‘s Shox R4 is available to shop now from the label’s webstore.

For more in footwear, take a look at Heron Preston’s Nike By You Air Max 720/95 collection.