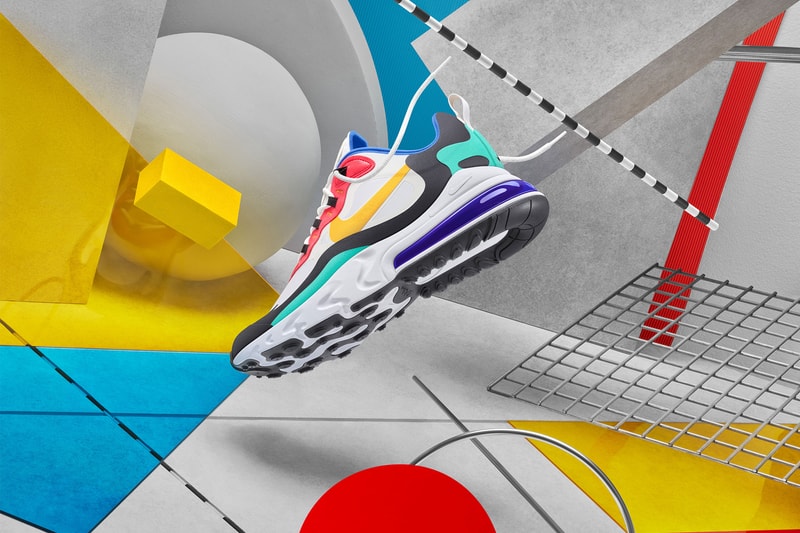 Nike is adding more hybrid silhouettes to its already accomplished lineup, this time by introducing the Air Max 270 React.

Taking design cues from 2018’s breakout sneaker, the Element React 87, the new model combines Nike’s lifestyle 270 Air unit (another 2018 release) with its React technology. The Nike React midsole can be seen running the full-length of the sneaker, making for improved responsive cushioning. On the creation of Nike’s latest masterpiece, Senior Sportswear Design Director Dylan Raasch stated, “Instead of no-sew or stitched on panels, the Air Max 270 React is built with a bar tack technique inspired by the Element React 87. This creates the floating eye stay aesthetic."

The Nike Air Max 270 was first spotted on the feet of the U.S. Woman’s National Football team last month and will officially launch in both men’s and women’s sizing later this summer. The various colorways have been inspired by the colors and geometry of Bauhaus as well as San Francisco psychedelia. Men’s options includes a white-based upper mixed with black, blue, red, teal, and yellow accents along with a stealthy dark grey and black iteration. For the women, pastel colors take the limelight.

For sneakers you can purchase now, Kanye West and adidas are dropping a trio of all-black YEEZYs in this week’s footwear drops.