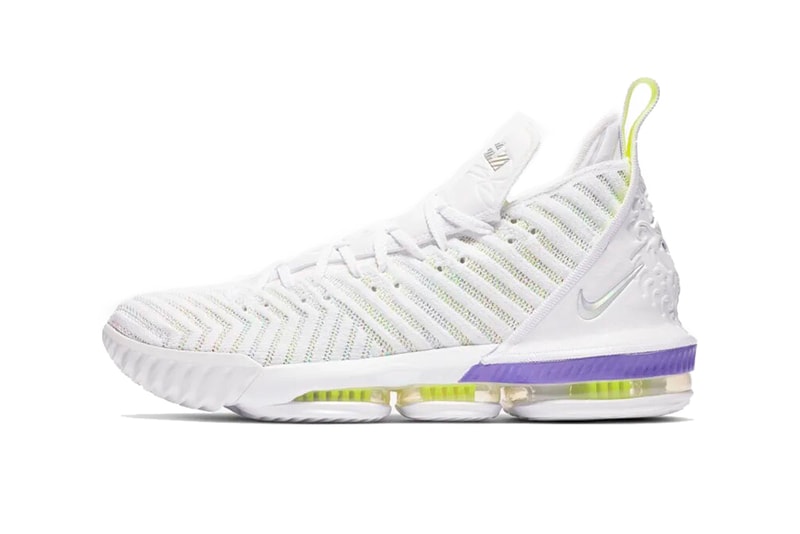 Ahead of this year’s highly-anticipated Toy Story 4 film, Nike’s LeBron 16 has launched in a colorway that’ll remind you of one of the movie’s most popular characters. LeBron James‘ sixteenth signature sneaker is dominated in white with additional touches of "Hyper Grape" and "Volt" throughout. The Battle Knit-constructed sneaker channels Toy Story‘s Buzz Lightyear with the aforementioned colors — the kicks aren’t exactly officially-named after Buzz, however.

For Nike SB fans, this iteration of King James’ basketball sneaker also triggers memories of the popular Eugene backpack that dropped in 2009. The Nike LeBron 16 "White/Hyper Grape-Volt" is currently available at select Nike Basketball carriers and Nike.com for $185 USD.

In related news, you can witness LeBron’s A&R skills on 2 Chainz’s latest album, Rap or Go to The League.