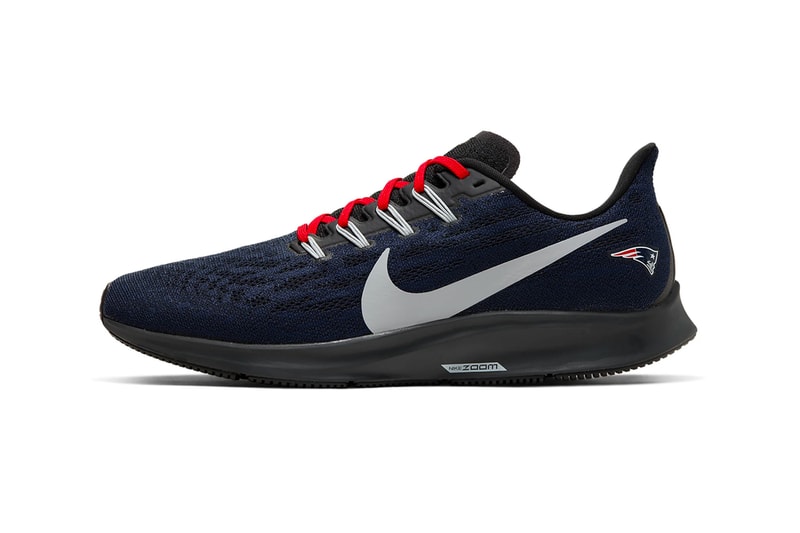 The NFL 2019/20 season is less than a month away, and in celebration of the sport’s upcoming 100th regular season, Nike has created a team-themed pack for its Zoom Pegasus 36 runner.

Preparing for kick-off, each of the models are doused in your favorite team’s colors, with team logos emblazoned on the tongue and by the side of the heel, as well as the team’s name on the insole. The laces, laceloops and the massive Swoosh all come in a contrasting shade, giving that extra pop to the silhouette. The pack currently features 15 out of the 32 teams in the NFL — such as the Green Bay Packers, New York Giants, Seattle Seahawks, and San Francisco 49ers — presumably with more to come.

Aside from varying colorways, everything else that makes  the Pegasus a great runner is retained. The upper is constructed with an engineered mesh for reduced weight and increased breathability, coupled with Nike’s Flywire lacing technology, which together sits on a Zoom Air midsole.

All team models for the Zoom Pegasus 36 NFL pack will retail at $130 USD. Stay tuned for an official release date. For the time being, check out the gallery above, or head over to Nike’s website to learn more.

Elsewhere in sneakers, the Cactus Plant Flea Market x Nike Blazer "Sponge" By You has received a launch date.