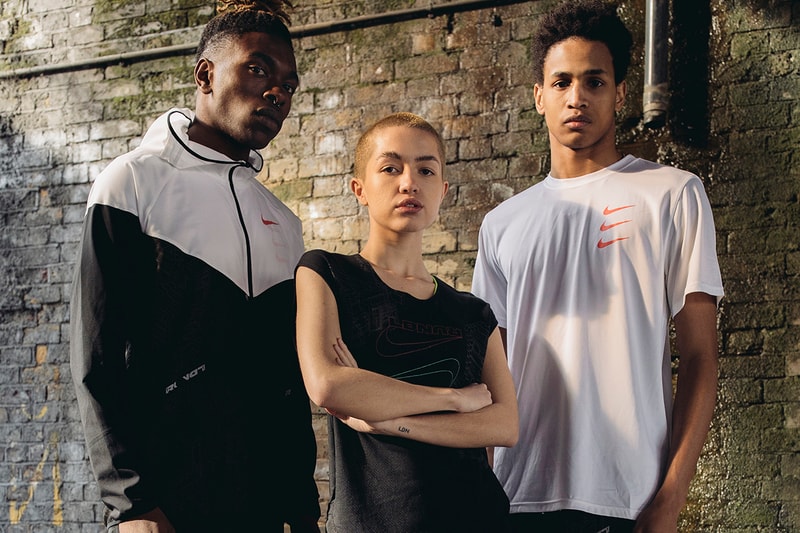 With the London Marathon coming up, Nike has just revealed its latest performance capsule dedicated to the bustling city.

Comprised of both apparel and accessories, the line up includes branded zip-up jackets, tops, shorts and caps featuring futuristic architectural details of the city in bold neon colors.

Footwear also plays a major role in this collection, seeing as two widely chosen silhouettes have been included: the Zoom Pegasus 35 Turbo, designed with Sir Mo Farah in mind, and the Vaporfly 4% Flyknit “London Marathon.” The Pegasus is done up in a mostly white dress while red accents have been added to the lace tips and as a stripe running down the tongue tab. Black and gold hits can also be found on the Swoosh branding and as a Union Jack logo on the heel. Finally Farah’s signature “MoBot” logo is showcased on the tongue tab. Over on the Vaporfly 4% Flyknit, its red outfit is accented with black details on the the laces, Swoosh and heel tab, which is then contrasted with a white midsole.

Look for the London-inspired Nike Running capsule to land in then next few days at select Nike retailers around London, Europe and Nike.com.