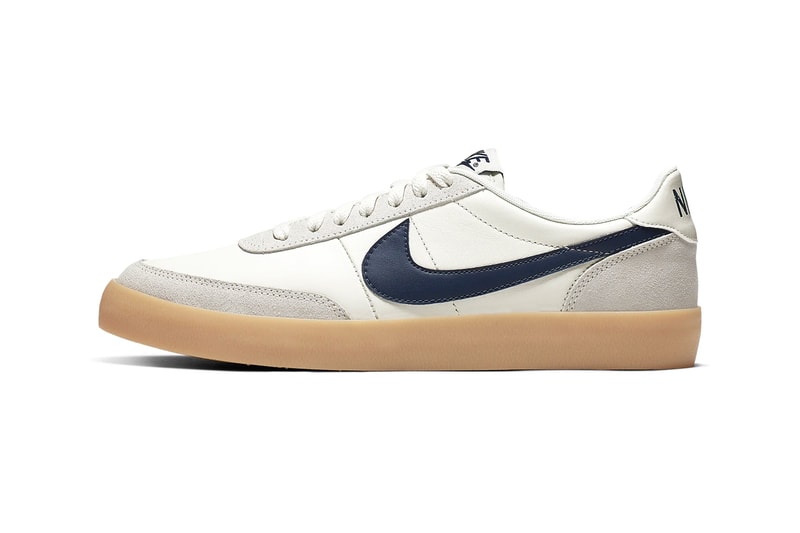 Nike has brought the original Killshot 2 "Midnight Navy" home with its latest restock of the silhouette, which until now has been a J.Crew exclusive.

Originally launched in ’70s, Nike reintroduced its retro Killshot 2 silhouette in 2012 in collaboration with J.Crew. The sneaker sported a pristine white leather upper with grey suede panelling by the toe, the laceguards and the heel, with dashes of "Midnight Navy" hitting the Swoosh and "NIKE" logos by the lateral side, tongue and insole. Completing the classic look was a brown gum sole.

Since the release of the Killshot 2 "Midnight Navy" — which sold exclusively at J.Crew’s online or retail stores — the two companies have teamed up for two more colorways: "Team Red" and "Sail Green." However, it currently seems only the original blue colorway has been made available on nike.com, so fans of the sneaker should definitely stay tuned for more potential restocking of the other two variations.

For those interested in the Killshot 2 "Midnight Navy," or missed them the first time, they are now available over at Nike’s online store, retailing for $90 USD.

Elsewhere in sneakers, Levi’s and Nike has teamed up again for customizable denim sneakers.