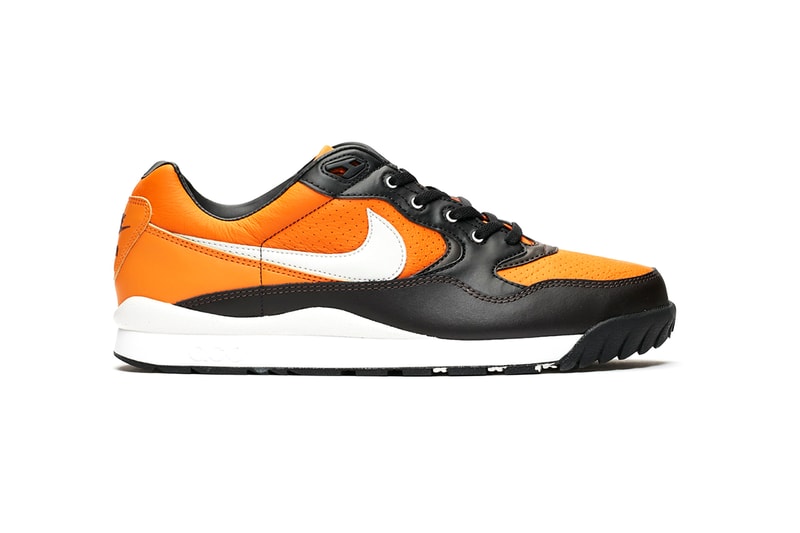 Nike ACG is officially releasing the "Monarch/Vast Grey" iteration of its Air Wildwood later this week. The retro trail runner was originally teased back in January alongside a host of muted colorways, however, Nike will finally release this bold orange and black pair alongside its wider Fall/Winter 2019 collection.

Nike has given the Air Wildwood a premium leather upper that’s both technical and sleek, sporting perforations for breathability alongside various overlaying panels and a set of contrasting rugged eyelets. A white Swoosh is added to both sides of the shoe, a triangular ACG logo is placed on the tongue and black "NIKE AIR" embroidery graces the rear double-stitched heel tab.

The white Phylon midsole is given debossed ACG branding on the lateral side and is paired with a rugged black rubber outsole that is grippy and hardwearing. Take a close look at the Nike ACG Air Wildwood "Monarch/Vast Grey" in the gallery above and pick up a pair from retailers such as Sneakersnstuff for £95 GBP (approx. $115 USD) on August 9.

In other news, Nike has released a sunset-tinged Shox TL.