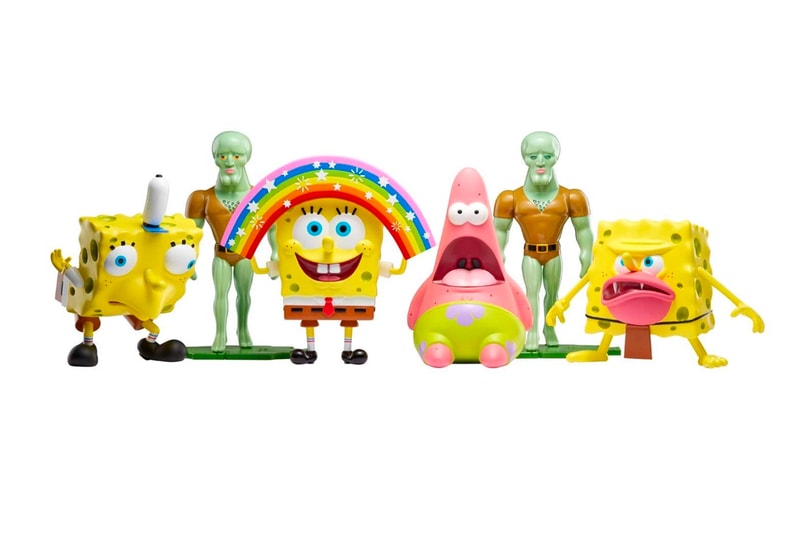 Fans of Spongebob Squarepants can now get there hands on physical representations of the memes inspired by the cartoon that dominate the Internet.

Created by Alpha Group, the six eight-inch figures included in the set include SpongeGar, Imaaaaaaagination Spongebob, Surprised Patrick, sPOngeBoB and two variants of Handsome Squidward. Despite being billed as a children’s show, Nickelodeon‘s Spongebob Squarepants has long stood as a cultural icon that has defined a generation. With that generation now grown up, the underwater sponge character and his interesting friends have become meme-able figures thanks to their archive of over the top expressions.

Priced at $22 USD a piece, the Spongebob Squarepants meme figure line is available now on Amazon.