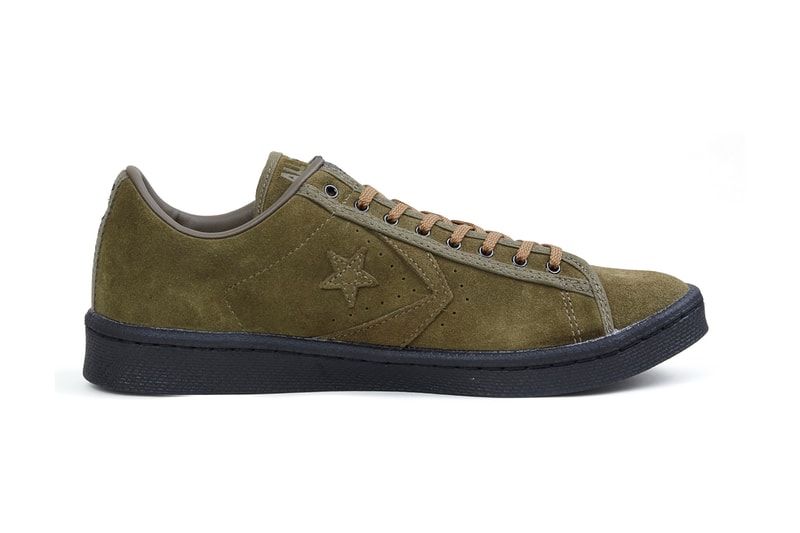 NEXUSVII has just dropped its take on the classic military officer’s gym shoe. As part of the Japanese imprint’s 15th-anniversary celebration, this pair is made in collaboration with Converse‘s Pro-Leather model.

Deviating from the original design cues, NEXUSVII adds its own touches in the form of olive drab suede for the uppers, a black-lacquered outsole, and thin 6mm piping near the eyestay — a detail that took four samples to perfect.

Further details include "NEXUSVII" embroidered at the heel, tan laces, and a tonal debossed logo at the tongue. The NEXUSVII 15th Anniversary Converse Pro-Leather trainer can be found over at the NEXUSVII online store for a price of ¥25,920 JPY (approximately $235 USD).