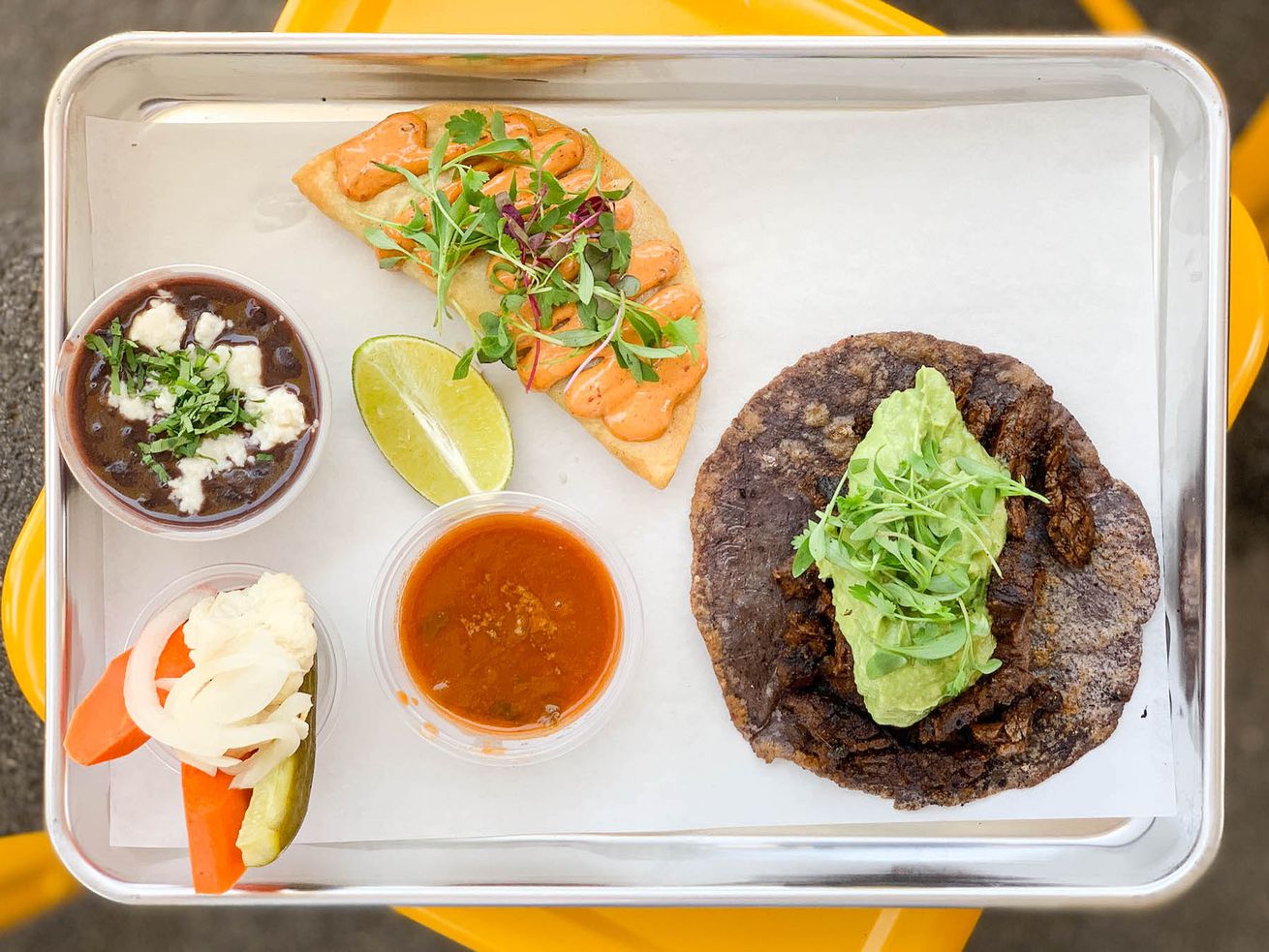 The former JNJ Burger Shack space on West Adams Boulevard has new life, this time turning out tacos instead of burgers, hot dogs, and barbecue. The new restaurant is called Bee Taqueria, and it opened just last weekend.

Bee Taqueria is the work of longtime chef Alex Carrasco, who has worked at spots around the city like Scratch Bar, Osteria Mozza, and beyond. Carrasco hails from Mexico City proper, says L.A. Taco, and is now working a menu of modern tacos, tostadas, small sandwiches, and sides. The tacos themselves are large, and hover in the $3 to $6 range. A shot of the opening menu board is below.

As for that omakase, workers at the restaurant yesterday told Eater that the plan is to eventually roll out a $50 per person prix fixe taco menu, where diners can luxuriate in more expensive ingredients across multiple courses. That’s not ready yet, though; but once it arrives, it should be the first omakase taco experience anywhere in Los Angeles. Chef Enrique Olvera, who is planning to open a couple of restaurants in the Arts District eventually, already does a similar menu at Pujol in Mexico City.

Bee Taqueria plans to expand its offering and its hours slowly over the next couple of weeks, moving into full daytime through dinner hours, with added late night hours on weekends. Carrasco is also still tinkering with the space, which only has outdoor seating either at some tall tables in the shade, or on some benches in the open back patio area.

Meanwhile, West Adams continues to be inundated with new restaurant ideas, from the modern soul food spot Alta to the new Mizlala, and all the new event spaces, breweries, and restaurants still to come.