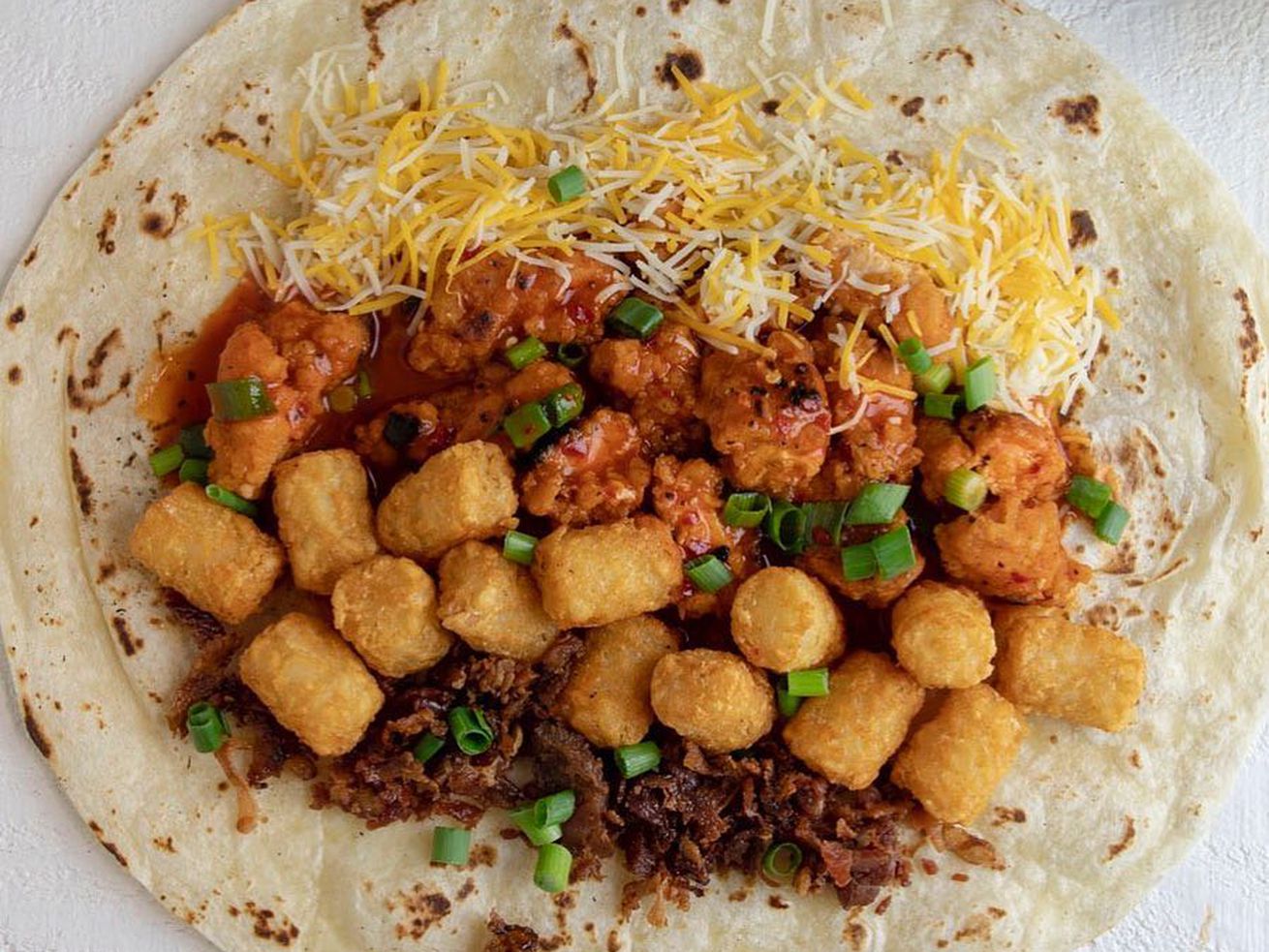 As food delivery options go, options are plentiful in Los Angeles. Unless it’s late night. A new restaurant wants to assist those wishing to stay home and eat past 10 p.m. called Nocturnal Eats. The new delivery-only and pickup eatery opened on March 21 in Pico-Union.

Nocturnal Eats is on Washington near Normandie, so the delivery service area is a bit limited depending on the chosen service, which uses Uber Eats, Postmates, Door Dash, and Grubhub. Areas such as USC, Downtown, Koreatown, and West Adams are within delivery range, plus Uber Eats will drop-off within six miles of Pico-Union. The Nocturnal Eats service window also takes walk-up customers.

Owners Dana Kippel and Ryan Nanni opened Nocturnal Eats last year in Boynton Beach, Florida. The pair moved the business to Los Angeles to launch their late-night business in a city with a younger crowd. Their LA service kitchen is barely three weeks old, and is in the same cloud kitchen as delivery-only restaurants such as Steve Aoki’s Pizzaoki, Fat Sal’s, and Coolhaus.

Noctural Eats delivers Sunday, Monday, and Wednesday from 6 p.m. until 2 a.m., then Thursday through Saturday from 7 p.m. until 3:30 a.m. And while they’re closed on Tuesdays, Nocturnal will eventually serve every night of the week.