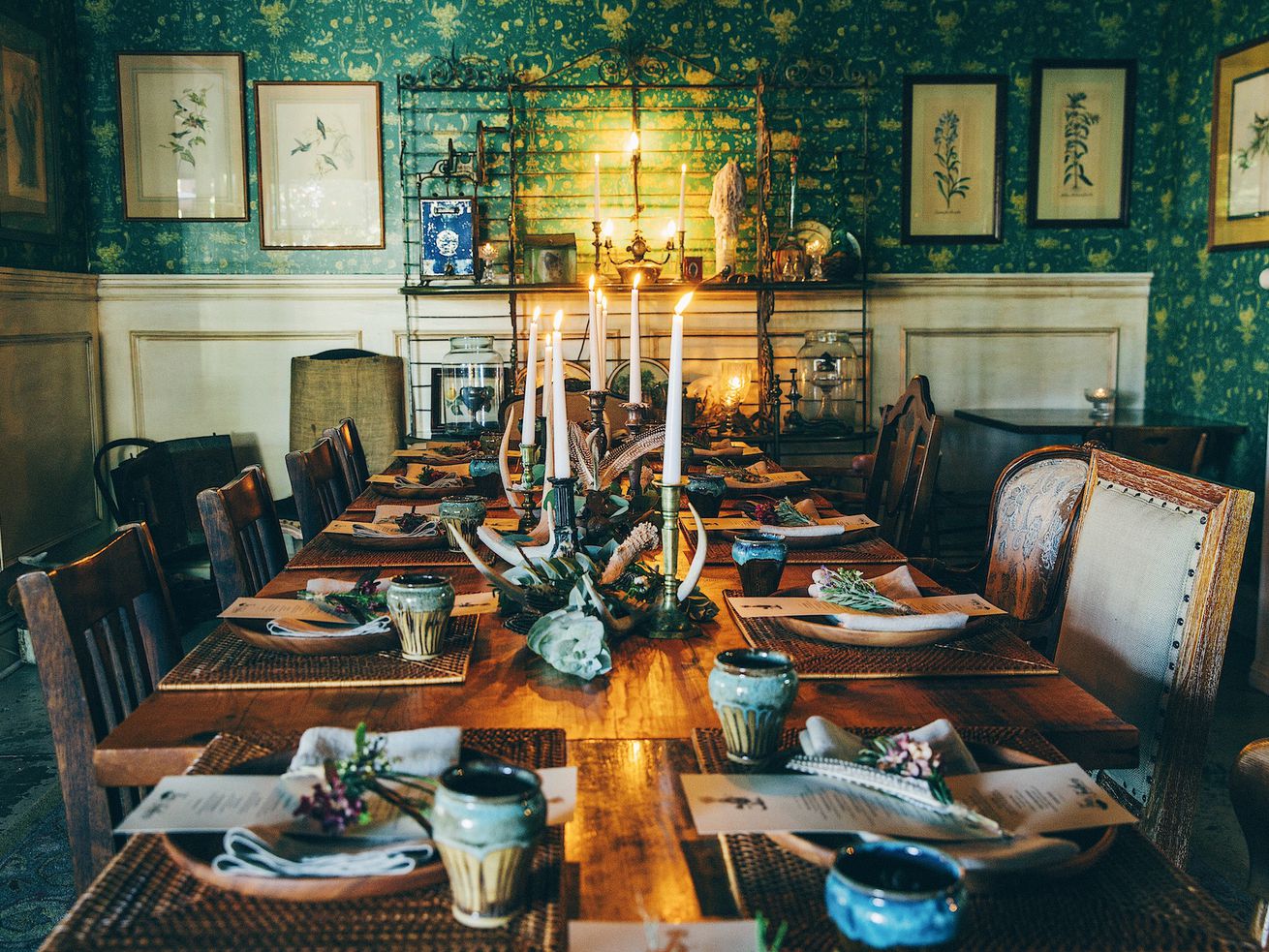 Plus Cafe del Rey’s new look, and all the food at Jurassic World

The folks from Hatchet Hall have started a new temporary dinner series called Hemings & Hercules, named for two famous early American chefs who were slaves under Thomas Jefferson and George Washington, respectively. Chef de cuisine Martin Draluck will lead the multi-course meals in the restaurant’s private dining room, working through inspirations of old Southern plantation menus akin to the era of both chefs. The dinners run Thursdays all month long.

The Main Course is over

Downtown drinking spot the Wolves landed on Big Seven Travel’s list of the 50 best bars in the world, thanks to its “ambitious” cocktails and “historic” space.

Just want to thank @big7travel for choosing us as part of The 50 Best Bars In The World list! We come in at #31!! We hope to continue making Los Angeles proud ———————————————————————- NEW happy hour specials! Monday to Friday 5-7PM on select food and beverage. Show us your photo! Use #thewolvesdtla and tag us The Wolves is a stunning early 1900’s Parisian Salon style cocktail destination in the heart of Downtown Los Angeles. We offer a distinct cocktail menu with all bitters, liqueurs and vermouth made in-house from scratch by Bar Director Kevin Lee @kevinbyunghun, and dinner menu led by Executive Chef Tyler Bonacotti @cheftcotti Won @Eater’s Most Beautiful Design of Year, The Wolves have been featured in numerous articles and press since its opening in September. Find us in the Historic Alexandria Hotel on Spring and Fifth Street. We now accept reservations. Our menu changes frequently. Open everyday 5PM to 1AM. Contact our GM Cory Eckstein @nolaccory at 213-265-7952 or email (link in bio) for reservations. Street and lot parking available nearby. For media inquires, email thewolvesdtla@gmail.com. Thursday and Friday exclusive upstairs bar Le Néant is available by reservation only. Very limited seating. Book on @leneant_bar bio! ____________________________________________________ #cocktail #cocktails cocktailtime #cocktails #cocktails #cocktailbar #cocktailparty #cocktailgram #imbibe #mixology #mixologist #mixologists #mixologyguide #garnishgame #bestbar #imbibegram #weekendvibes #photooftheday #craftspirits #craftcocktails #craftedmixology #drinkcraft #signaturedrinks #drinkup #drinkoftheday #drinkstagram #bestbarsintheworld #cocktailsofinstagram #losangeles

Foodbeast takes a look at all the food and drink found at the new Jurassic World at Universal Studios, from Costa Rican dishes to loads of tiki drinks.

Chao Krung is celebrating its 50th birthday this year, which means the Thai restaurant will also be letting customers enjoy 50% off any order of pad thai. The iconic dish can be found at the restaurant off Fairfax, and is half-off now through the end of the month.

Seven places to try in LA

Bill Addison of the LA Times took a bit of a review hiatus last week to instead extoll the virtues of seven different great restaurants around the city, from Carnitas El Momo to Porridge + Puffs.

New looks in the Marina

Longtime Marina del Rey restaurant Cafe del Rey has undergone a pretty serious touch-up, both on the culinary side and with the interiors as well. The new-look dining room features redone carpet, chairs, and booths, but hasn’t lost the signature look out over the marina itself.