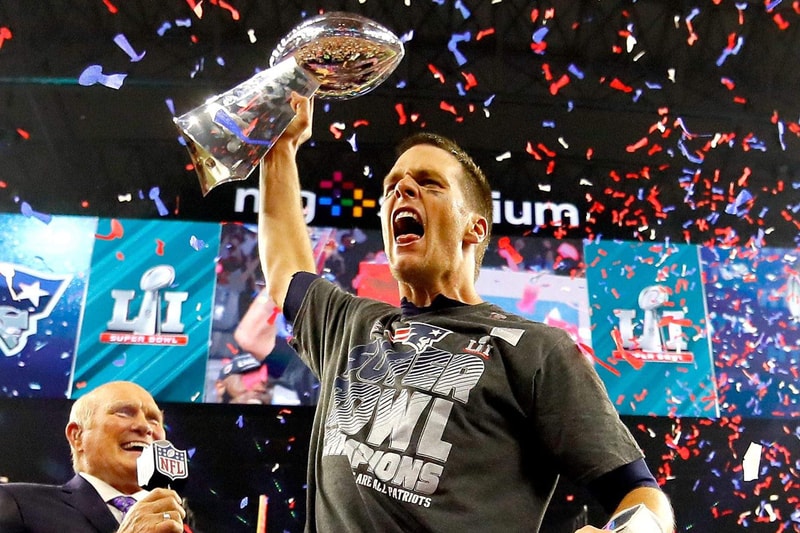 Crafted in 10 karat gold, each ring features an average of 416 round diamonds and six marquise-cut diamonds — when combined with the 20 sapphires set throughout, the total gem carat weight sits at an imposing 9.85 carats. As for the actual design, the top of the ring sees the Patriots’ logo rendered atop six Lombardi trophies, with 108 surrounding pave-set diamonds representing the number of practices in the 2018 season. Similar meaning is imbued into the 20 round sapphires, which refer to the Patriots’ 20 AFC East division championships.

On the right side, the final score of Super Bowl LIII (13-3) and the event’s logo appears alongside the team’s wordmark. Each recipient’s name appears on the left side of the ring above the lighthouse and bridge from Gillette Stadium, with each player’s uniform number realized to the left of the lighthouse. Sealing the deal is Kraft’s "We Are All Patriots" statement, emblazoned inside.

Check out the official video of the players arriving at the party via the Patriots’ YouTube channel below.

After the Super Bowl win, Rob Gronkowski left the New England Patriots, but he still received one of the enormous rings.

All about the details. pic.twitter.com/sIAtMCId4M

The greatest ring of all-time. pic.twitter.com/Vv5AHmVGhS