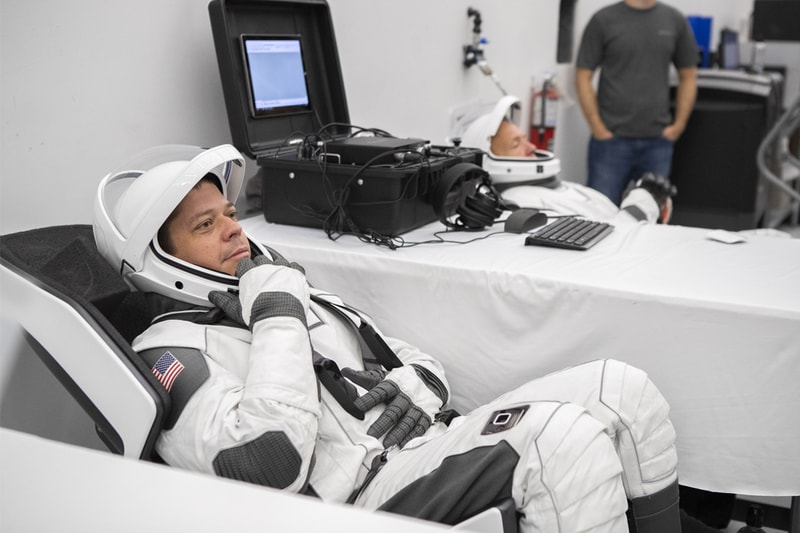 NASA has released images showing the latest training exercise under its Commercial Crew Program, giving us a glimpse of the new SpaceX astronaut suits.

The images reveal astronauts Bob Behnken and Doug Hurley — both participating in the upcoming Demo-2 mission to the International Space Station — in new suits with secure head protection and full-face visors. Doused in clean white, grey and black with an American flag on the right shoulder, the suits look relatively lightweight with extra padding where necessary.

According to NASA’s statement, "The astronauts performed suit-up procedures alongside the SpaceX ground closeout team and suit engineers using the same ground support equipment, such as the seats and suit leak check boxes, that will be used on launch day. Following crew suit-up, the teams performed a simulated launch countdown with the astronauts inside a Crew Dragon simulator and performed several emergency egress, or exit, scenarios."

Originally slated for launch in July, the Crew Dragon Demo-2 mission has now been delayed by NASA and SpaceX due to failed tests and technical difficulties in recent months. No exact date has been announced yet for the future launch, so stay tuned as more updates are sure to come.

What’s new with our @Commercial_Crew astronauts? @AstroBehnken and @Astro_Doug recently performed suit-up & leak checks using the same Ground Support Equipment hardware that they will use for launch on @SpaceX’s Demo-2 mission. Keep up with their training: https://t.co/irbF3GDaC3 pic.twitter.com/lqIsMGWjYI