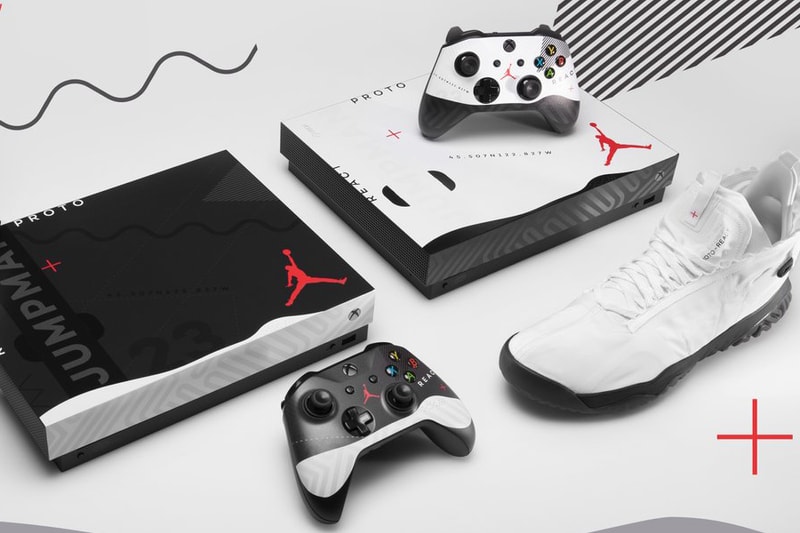 Microsoft and Jordan Brand have joined forces to giveaway two custom made Xbox One X inspired by the newly introduced Jordan Proto-React. The collaboration comes to celebrate the 18th annual Jordan Brand Classic, of which the Proto-React was featured prominently during the event.

The console is available in two colorways, a predominately white console with black and accents alongside another with an inverted scheme of black with white and red details. Elements of the Jordan Proto-React can be found on the sides, mimicking the diagonal patterns of the soles. The Jumpman logo and branding is highlighted on the top of the console.

For a chance to win one of these custom-made Xbox One X, check out the full rules and enter the sweepstakes before it ends on May 3.

In other entertainment news, Will Smith is among a long list of names who recently invested $46 Million USD in an eSports organization.

RT for a chance to win the ultimate Jordan collector’s set featuring this iconic custom Xbox One X. #JordanXboxSweepstakes