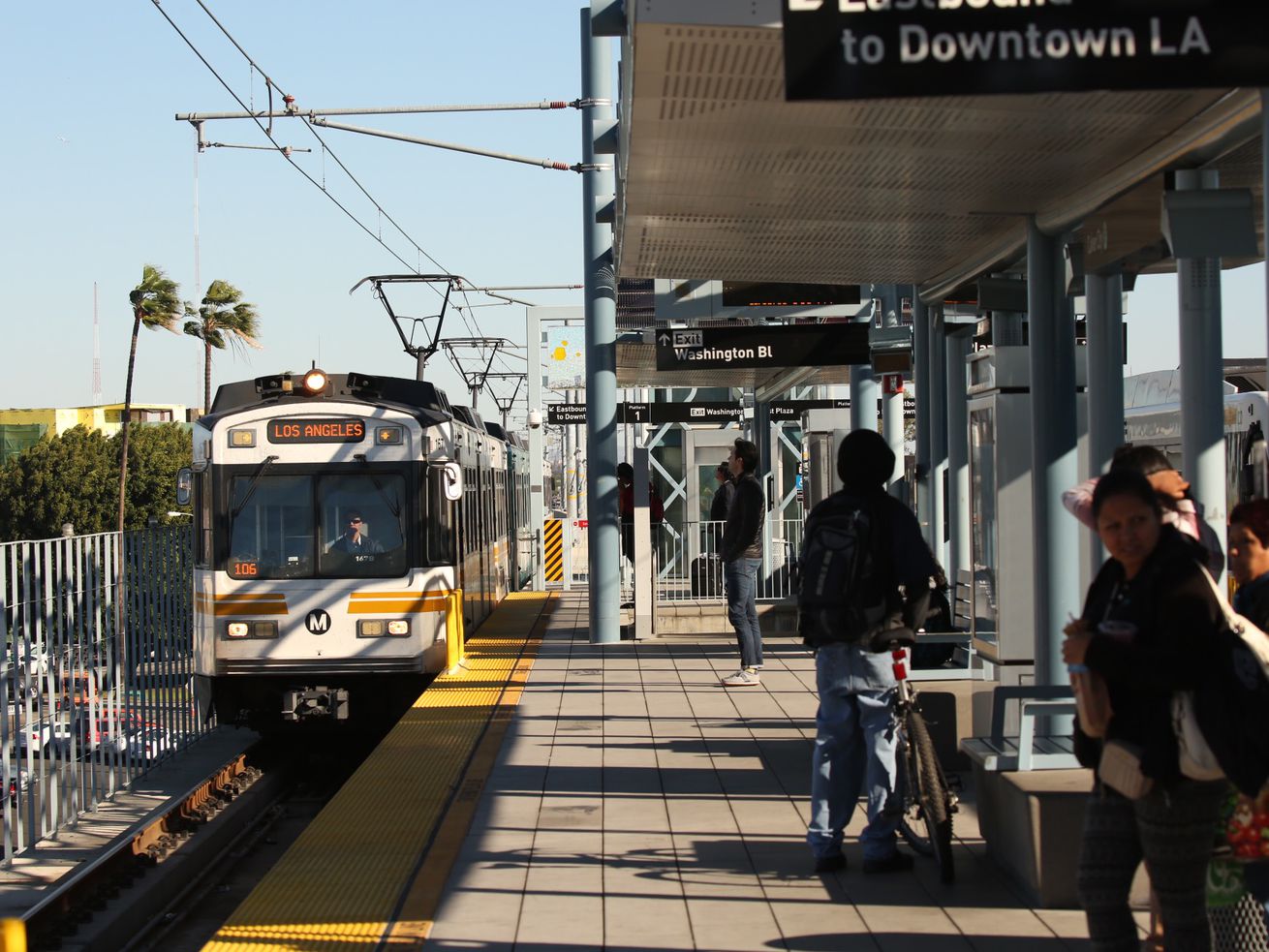 The agency says the changes will make service more reliable

Bad news for riders of Metro’s three most popular light rail lines: The transit agency is planning to cut service in the year ahead, causing trains to arrive less frequently during busy rush hour commuting times.

A proposed budget for the coming fiscal year, which begins in July, recommends a nearly 6 percent reduction in rail service hours, with the largest cuts planned on the Expo, Gold, and Blue lines. The change will result in fewer delays, according to Metro.

The changes will affect average wait times by a minute or less, while allowing for more reliable service on those lines, says Metro spokesperson Rick Jager. Having too many trains operating at once, he says, can create bottlenecks—particularly on surface streets, where trains share the road with cars and often get stuck at red lights.

The reductions will also allow for three-car trains to serve all three lines during peak hours. Some trains now run with just two cars, making for cramped, standing-room-only commutes.

Weekend service would also get slower, with trains arriving every 20 minutes until 10 a.m., when the time between trains would drop to 12 minutes. Right now, those 12-minute headways begin at 8 a.m.

The cuts come as Metro plans and constructs dozens of major transit projects set to reshape Los Angeles’s public transportation network in the coming decades. Construction is set to wrap up on the new Crenshaw/LAX Line next year, with Downtown LA’s Regional Connector project expected to open in 2021.

So far, big moves like this haven’t been enough to boost ridership. In fact, Metro trains and buses have lost passengers at a rapid clip since 2014.

Agency officials evidently don’t expect the planned service changes to depress ridership further. In the budget report, total boardings are projected to stay flat on all lines in the year ahead.

Metro also plans to tweak its bus schedules in the coming year. Though the number of hours buses are in service is expected to rise 0.7 percent next fiscal year, that’s largely because of an increase in service for special events and temporary buses to be used during construction on other lines.

Meanwhile, the agency plans to shave off 75,000 hours of service on its high frequency lines.

Jager says this is a standard “shake up” based on the amount of use certain lines are getting. On its busiest lines, the agency schedules arrivals frequently enough that—in theory—no more than 30 percent of riders have to stand. If buses are meeting that standard comfortably, fewer trips may be necessary.