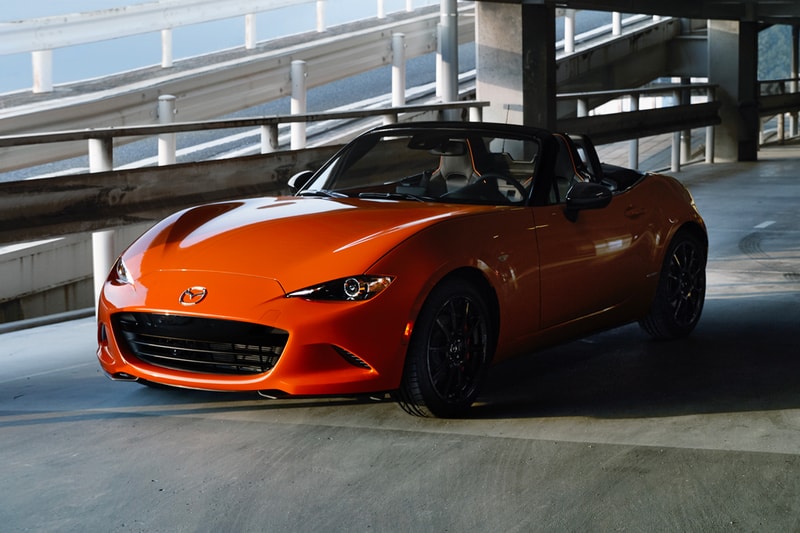 Mazda has just celebrated 30 years since the Miata was first introduced at the Chicago Auto Show. For the special occasion, the Japanese automotive manufacturer released a special version of its MX-5 Miata soft top and RF. Limited to 3000 units, 500 of which were designated to the American market, the special edition sees an exotic Racing Orange makeover that was inspired by the 1989 Miata Club Racer.

This version also sees a number of other cosmetic enhancements such as 17-inch gunmetal RAYS wheels, orange calipers, Bilstein dampers, Recaro seats with orange stitching, and a numbered badge. The craziest thing about reserving this MX-5 Miata is that it only took a $500 USD refundable deposit to lock in. While the special editions were all spoken for in a matter of hours, you can still look in to getting a normal version at a starting price of $34,000 USD. For info on the special edition head on over to Mazda’s 30th anniversary site.