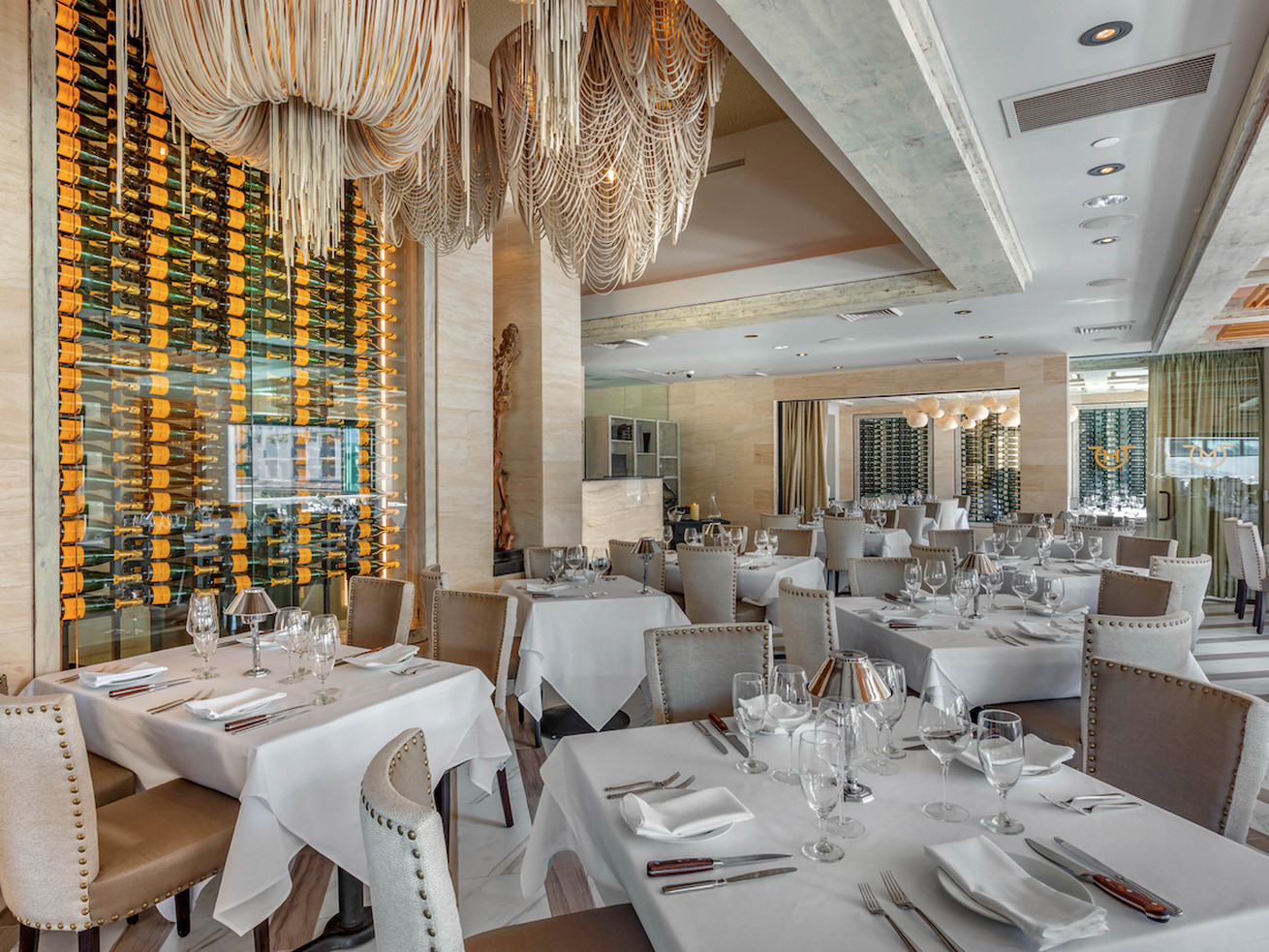 The redone portion of the restaurant carries a trendy new look

The high-flying world of upscale steakhouses gets even glossier this week with the reopening of the decadent Mastro’s Penthouse space in Beverly Hills. The third-floor area carries a different look and some different menu items from the seating downstairs, and now it’s all wrapped up in lots of tan, gold, and white.

Whereas downstairs is supposed to be a nice but more relaxed upscale chain steakhouse experience, the penthouse is something more. The standalone space has its own bar, bar-top tables, a dining room wrapped in glass to show off the Veuve Clicquot bottles beyond, and some outdoor balcony seating overlooking the 90210.

As for other menu items beyond the usual ribeyes and Mastro’s warm butter cake, the Penthouse has standard fare like charred Spanish octopus, squid ink pasta, and crispy duck, plus cocktails at the bar.

The Penthouse only reopened officially this week, days after the massive unveiling of Century City’s new Double Eagle Steakhouse, a glossy 15,000 square foot behemoth. There’s already a lot of steak competition in Beverly Hills proper too, though soon enough Wolfgang’s Steakhouse will leave to make room for the relocation of deli icon Nate N’ Al.