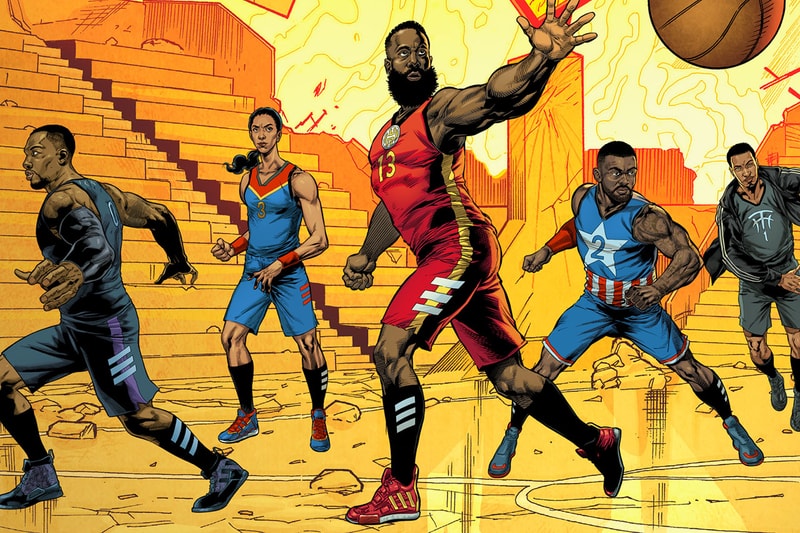 Marvel Studios and adidas have joined together to recognize the superhuman skill of several adidas Basketball stars. Five special shoes, signature and cutting edge alike, have received thematic makeovers in the vein of key Marvel superheroes as part of the "Heroes Among Us" collection.

All-star players — James Harden, Damian Lillard, Candace Parker, John Wall and Tracy McGrady — will each wear the new styles ahead of the NBA Playoffs on April 13. Later, the limited edition sneakers will hit store shelves, with both stylistic signature kicks and a few tweaked court-ready models included in the pack.

Lillard’s latest signature sneaker is up first, executed in patterned black and blue shades inspired by Black Panther. Next, the Harden Vol. 3 sports Iron Man‘s red and yellow hues along with armor-like texture on the forefoot. The tall N3XT L3V3L is done up in the style of Captain America, with a patriotic color scheme that practically blends in with the superhero’s red, white and blue costume.

Visit adidas’ "Heroes Among Us" page for more information ahead of the pack’s debut on April 26.