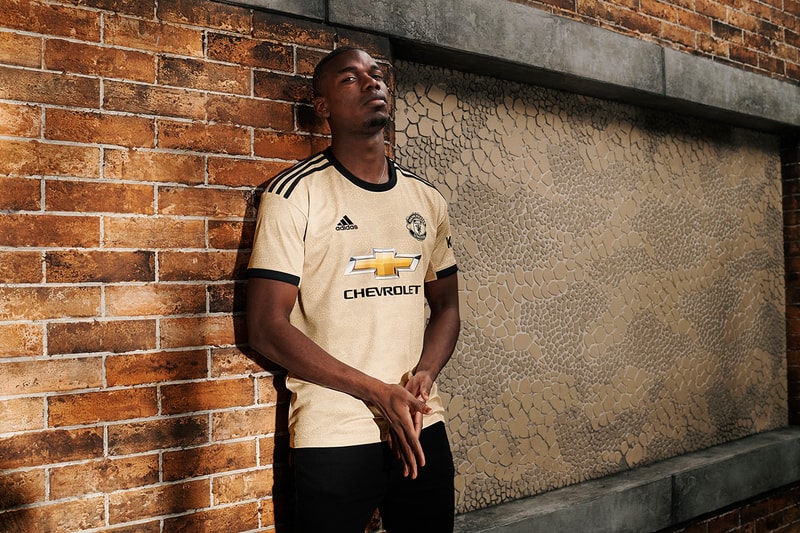 After revealing its home kit inspired by the famous 1999 treble win, Manchester United has now revealed an away jersey influenced by the artwork in Manchester’s Northern Quarter. The 2019/20 jersey comes with a "Savannah" base, which is overlaid with a subtle pattern and minimal black detailing.

The pattern across the jersey is inspired by a number of mosaics in the Northern Quarter, an area known for as a creative and artistic district. The subtle print is offset with the kit’s black branding, which appears on the Three Stripes, crewneck collar, hem and the club’s badge.

Manchester United’s away kit is available now from the adidas web store, and will make its on-pitch debut on July 13 as the club take on Perth Glory in Australia.

In other sports news, take a look at adidas’ collaborative Marvel football boots.