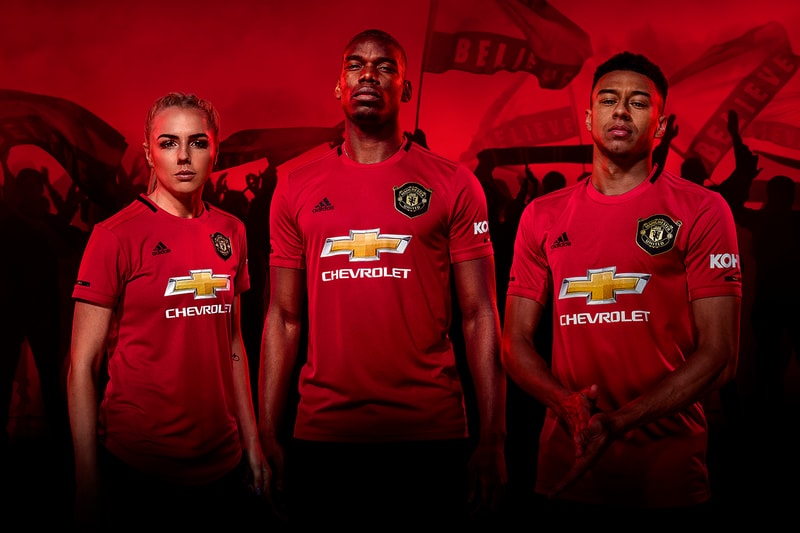 After unveiling new home jerseys for Juventus and Bayern Munich, adidas Football has now previewed the home kit that will be worn by Manchester United for the 2019/20 season. The jersey for the upcoming season is a reference to the same kit worn in the 1998/99 season, which ended with the club winning a historic treble of trophies: the Premier League, FA Cup and Champions League.

That kit is referenced through a new commemorative crest design with black and gold stitching inspired by that season. Elsewhere, the times that the winning Champions League goals were scored by Teddy Sheringham and now-manager Ole Gunnar Solskjær — the 91st and 93rd minutes— are shown on each sleeve. Lastly, the dates that each of the three titles was won appears on the bottom of the shirt.

The 1999-inspiration also continues onto the home goalkeeper kit, which comes in a tiger camo pattern dark purple color as a nod to the jersey worn by Peter Schmeichel during that season.

Manchester United’s 2019/20 home kit is set to make its debut in a charity match on May 26, and is available now from the adidas web store.

In other sports news, Juventus could be wearing a Palace-designed kit this season.