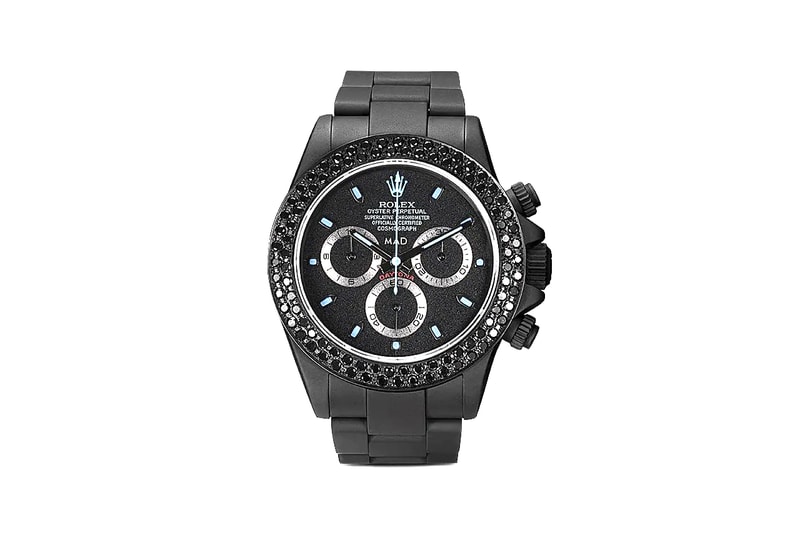 Its black diamond-like carbon coating (DLC) encompasses elements such as high corrosion resistance and increased hardness and has been used to cover the entire watch all around. The coating gives the Daytona a matte-black finish, which offsets MAD Paris’ use of shiny black sapphires to decorate the bezel.

The face is finished in black and features a blue Rolex crown, hands and time indicators, as well as three additional dials for time measurements placed at three, six and nine o’clock finished in brushed silver. On the reverse of the watch is an exposed 4130 movement — a self-winding mechanical certified Swiss chronograph developed by Rolex — which is highlighted by engraved MAD Paris branding around its trim.

Rounding off the watch is black DLC hardware, an Oyster bracelet — which is constructed of a string of three-piece links for superior wrist comfort — and a custom-designed box which matches the watches dark aesthetic.

Take a look at the $47,049 USD timepiece in the gallery above and purchase it for yourself at retailers such as Browns.

For something a little more understated, take a look at the timeless YMC x TIMES MK1 offering.