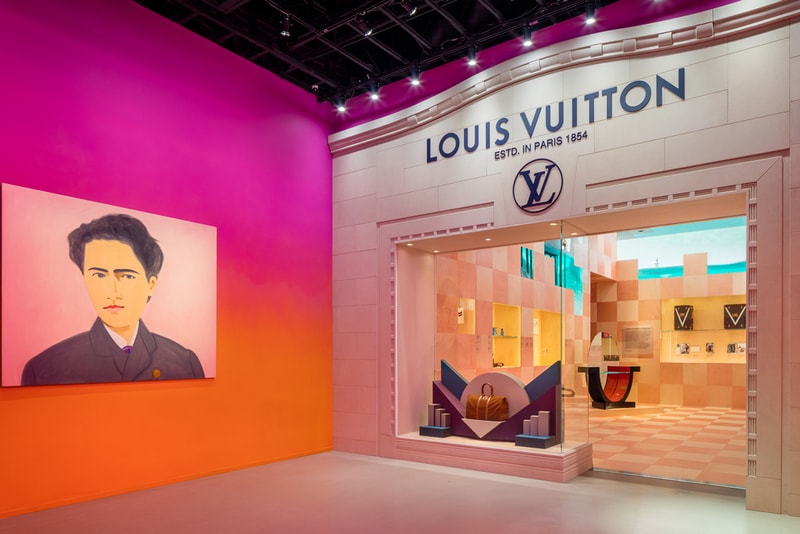 Comprised of nine distinct "rooms," the exhibition presents objects and artworks in the following order: "Louis Vuitton: As seen by…;" "Origins: A Tradition of Modernity;" "Reinterpreting Icons;" "The Monogram as a Blank Canvas;" "Art on Silk;" "Art Meets Fashion;" "Lights, Camera, Action! Louis Vuitton on the Red Carpet;" "Magic Malle: The Past is Present" and finally "Artycapucines: Six Visions of a Contemporary Classic."

Each theme is an opportunity to showcase a selection of items from Vuitton’s archives, ranging from the trunks crafted under the supervision of the actual Vuitton family to the high-profile designer collaborations — which brought together the likes of Karl Lagerfeld and Rei Kawakubo — released in 2014. Artist-designed goods, perfume bottles and original window displays are all on hand, as the showcase culminates with the new Artycapucines collection, a series of Capucines bags redesigned by artists Sam Falls, Urs Fischer, Nicholas Hlobo, Alex Israel, Tschabalala Self and Jonas Wood.

"Louis Vuitton X" is open to the public until September 15. The showcase is accompanied by a pop-up shop overseen by colette and Just an Idea’s Sarah Andelman, which offers Louis Vuitton womenswear, accessories, footwear, fragrences, books and more.

Inside #LouisVuittonX. The new exhibit devoted to #LouisVuitton’s many artistic collaborations is opening on June 28th in Beverly Hills. Find out more via link in bio.

A history of creative exchanges. #LouisVuittonX is an immersive journey through 160 years of artistic collaborations. Learn more about #LouisVuitton’s new exhibit opening on June 28th in Beverly Hills via link in bio.