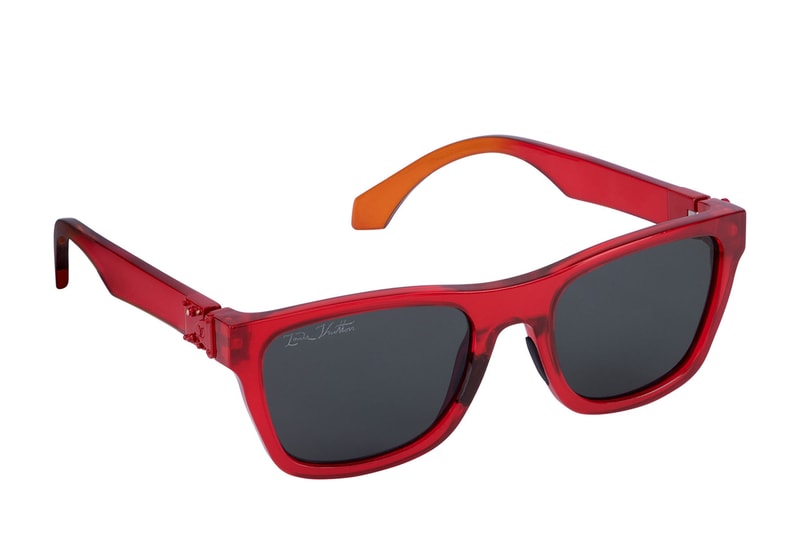 The word "busy" is an understatement when it comes to describing the number of current projects on Virgil Abloh‘s plate. With things like the Off-White™ x Nike Zoom Vapor Street silhouettes, Off-White™’s SS20 Collection, Louis Vuitton’s SS20 or his "Figures of Speech" Exhibition at MCA Chicago completed, the next set of works by Virgil comes in the form of an assortment of Louis Vuitton‘s "LV Rainbow" eyewear.

Rainbow colors have been a recurring motif in many of the designer’s projects – this season’s lineup of eyewear comes in a variety of vibrant hues that reflect this theme. Two silhouettes are included in this release: The "LV Rainbow Square," with rectangular frames and the "LV Rainbow Pilot," which is rounder and sees a more aviator-like build. The former arrives in palettes of black, camel, red and yellow, while the latter style is tinged in crystal, blue and orange. As a finishing note, "Louis Vuitton" branding is subtly etched on the left corner of the lenses in a cursive font, while the iconic "LV" monogram is carved over the temples.

Both the Louis Vuitton LV Rainbow Square & Pilot are currently available on louisvuitton.com for $405 and $420 USD, respectively.

In other related news, HAVEN’s SS19 editorial showcases a series of progressive textiles and bold graphics.