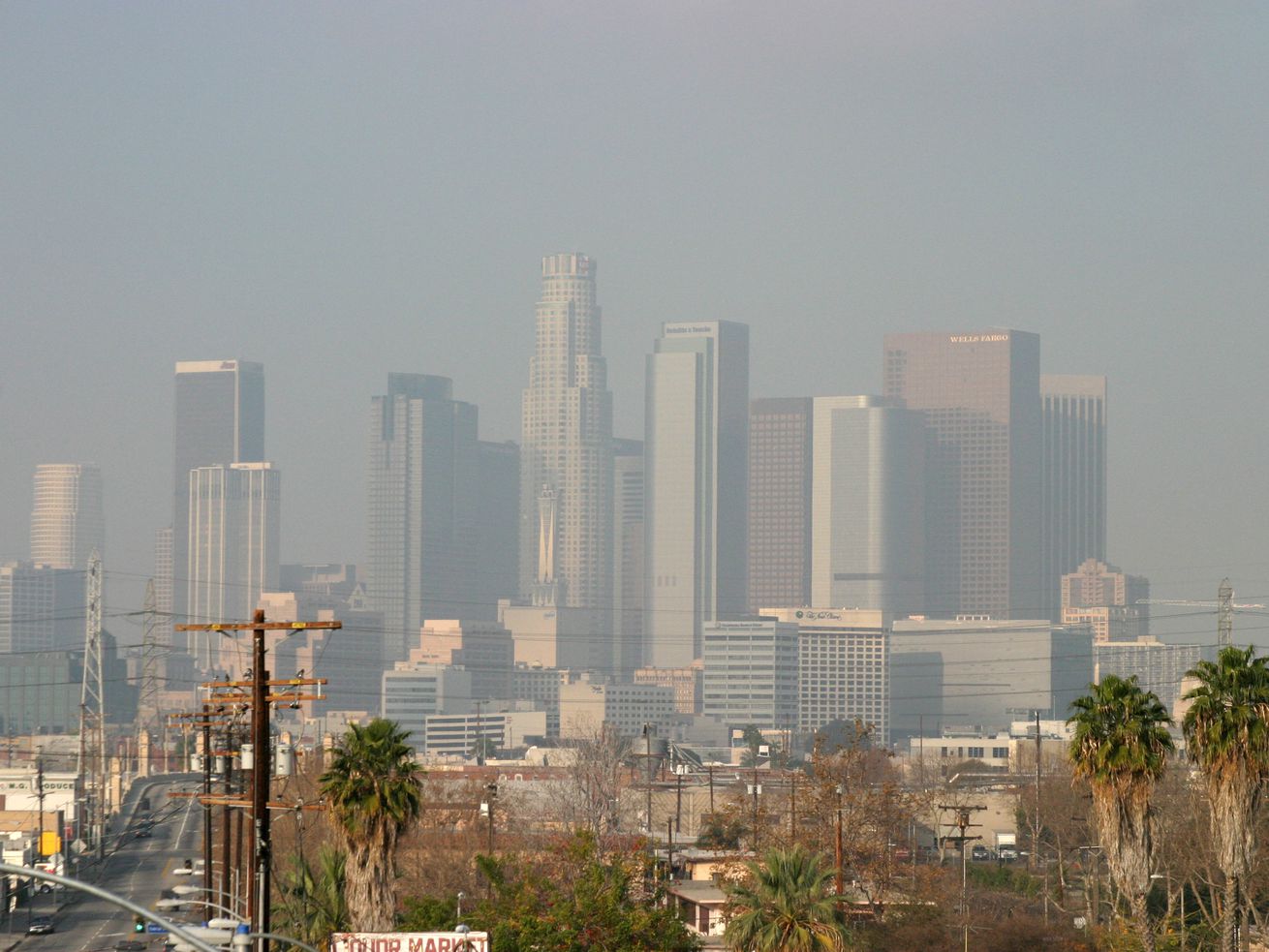 Los Angeles holds the dubious distinction of being the smoggiest city in the U.S., according to a new report from the American Lung Association.

It’s not exactly an unexpected result; LA has topped the list in 19 of the 20 years since the association began releasing the annual report.

The analysis draws data from three years (2015 to 2017), gathering average ozone levels from that time period. In that period, LA County averaged 119 days per year during which ozone, or smog, was at unhealthy levels. In last year’s report, the county averaged 111 unhealthy days.

Air quality was actually worse in San Bernardino and Riverside counties, which are lumped in with Los Angeles for the study’s city rankings. Those counties averaged 161 and 130 ozone days, respectively.

The negative effects of smog go beyond obscuring views from the Griffith Observatory. According to the Environmental Protection Agency, ozone can cause permanent lung damage, make asthma attacks more likely, and can even heighten the risk of early death for those exposed to high levels.

The LA area fared slightly better when it came to particle pollution, which can be aggravated by a range of sources—from diesel engines to vacuum cleaners. In terms of short-term particle pollution, when the level of harmful particulate matter in the air spikes for a brief time period, Los Angeles ranked seventh among cities affected by these temporary hazards.

Longer term levels of particle pollution in Los Angeles were high enough to place the city fifth on that list. It was one of six urban areas in California to rank among the top ten.

Particle pollution, which can trigger heart attacks, strokes, and asthma attacks, can be especially exacerbated by wildfires, which have plagued California in recent years.

In the Los Angeles area, fires caused air quality levels in some parts of the region to twice hit “maroon,” the most severe level on the EPA’s Air Quality Index. Smoke from the massive Thomas Fire likely contributed to a major deterioration in air quality around Santa Barbara during the period analyzed in the report.

The region went from one of the cleanest urban areas in last year’s report to the 17th-most polluted this time around.

Since this year’s report doesn’t include data from 2018, it’s likely that California will fare poorly again in next year’s analysis. Major fires throughout the state triggered air quality warnings in the Bay Area and Southern California.