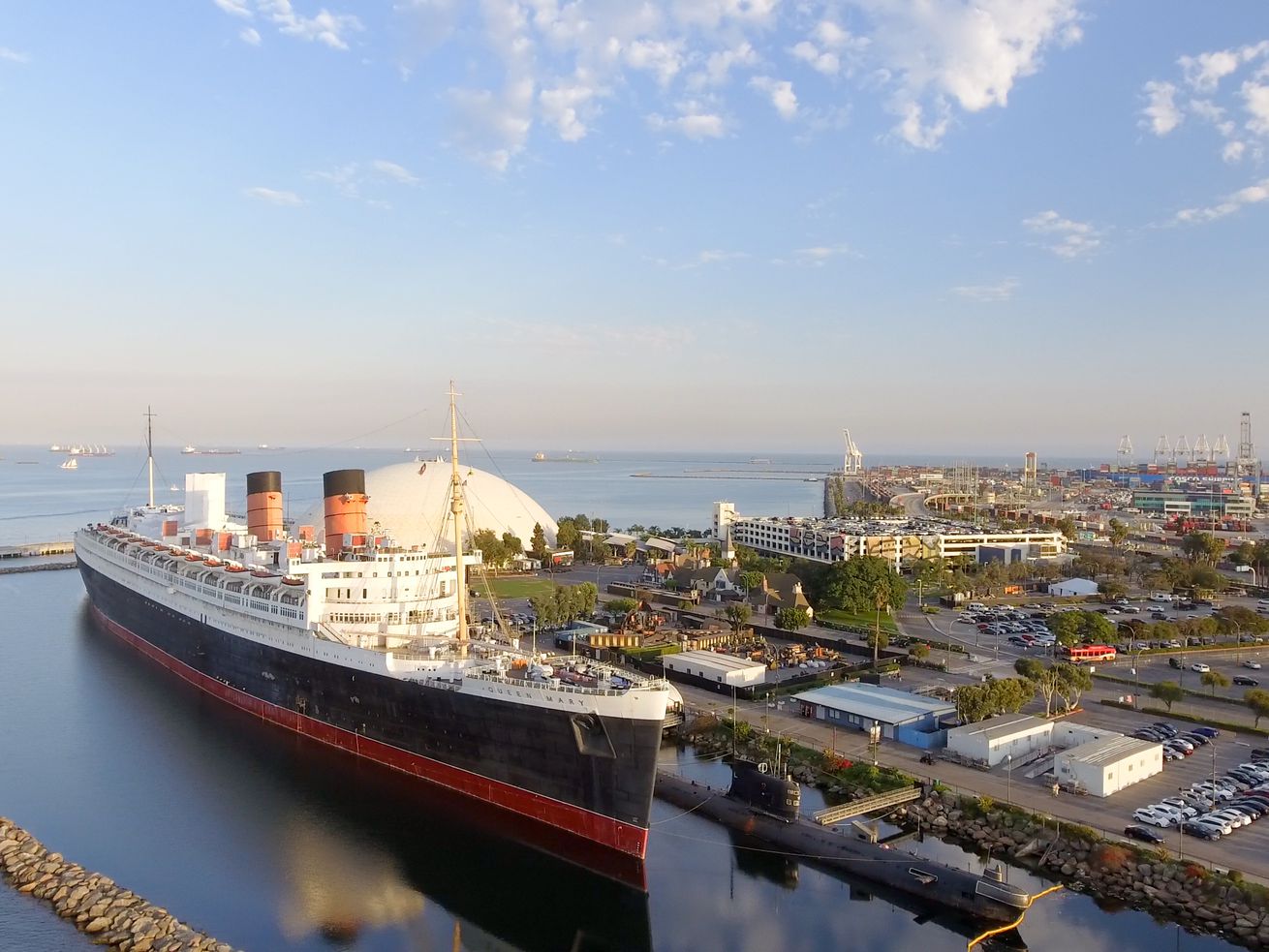 Los Angeles County could have more gondolas than a ski resort, if a series of recent proposals come to fruition.

The Long Beach City Council will consider on Tuesday a plan for a gondola connecting the city’s downtown to Queen Mary Island, where the cruise ship of the same name has been moored for the last half-century.

In only the last two years, developers and local officials have mulled at least three different gondola routes accessing the Hollywood Sign, as well as an aerial tramway that would connect Union Station to Dodger Stadium.

The project in Long Beach, proposed by former Long Beach Harbor commissioner Alex Bellehumeur and energy consultant Clay Sandidge, was unveiled last year at a meeting of the Long Beach Commercial Real Estate Council. Preliminarily called “The Wave,” the gondola is billed as a tourist attraction and a “reliable transportation solution” for the city’s growing downtown area.

Queen Mary Island is already accessible by Long Beach’s water taxi and free Passport bus shuttle. But new Queen Mary operator Urban Commons has plans to develop a $250 million entertainment complex alongside the historic vessel, which is likely to draw more visitors to the area.

It’s not clear at this point who would pay for the gondola, but Sandidge estimates that it would cost between $80 million and $100 million.

On Tuesday, the Long Beach City Council will consider a motion from councilmembers Jeannine Pearce, Lena Gonzalez, and Suzie Price that would lay the groundwork for a city study of the project. According to the motion, “public and private funding sources” could be used to cover the price of the study itself.

Sandidge tells that the tram would have four or five stops, serving multiple destinations between downtown and Queen Mary Island.

A presentation on the project indicates the gondola system would be constructed by a Swiss company owned by prolific aerial tram manufacturer Doppelmayr Garaventa Group. Each cabin on the tramway could hold 8 to 10 people and the entire system would be able to carry up to 4,800 riders per hour.

The aerial tram is just one of several major projects under consideration around Long Beach’s waterfront. Last week, officials confirmed that the city is in talks with the Los Angeles Angels about a proposed stadium alongside the Long Beach Convention Center.