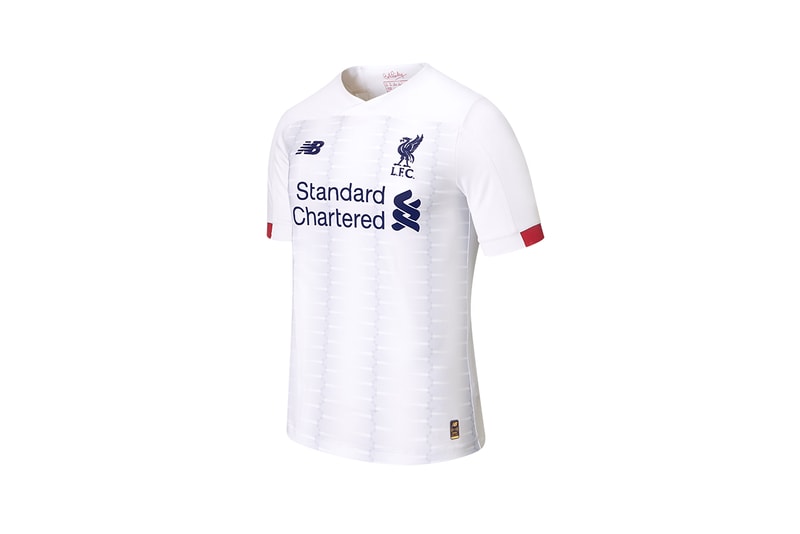 After debuting a striped home kit back in April, New Balance has revealed the blue and white away jersey that will be worn by Liverpool in the upcoming season. The kit’s design is inspired by the streets around Anfield stadium, with a subtle graphic pattern that references the street signs in the surrounding area.

Other subtle details include the signature of famous manager Bob Paisley — which also features on the home jersey — on the inside of the neck, and a collar construction inspired by the kit worn in 1977 as Liverpool won the European Cup for the first time. Elsewhere, the jersey’s blue and white color palette is offset with a subtle red trim, and will be worn with navy shorts and white socks.

In addition to the outfield away jersey, New Balance has also debuted an "Irish Green" kit that will be worn by the Liverpool goalkeepers throughout the upcoming season. Both the goalkeeper and outfield kits are now available to pre-order from the New Balance web store.

In other sports news, take an official look at the PSG training gear for this season.