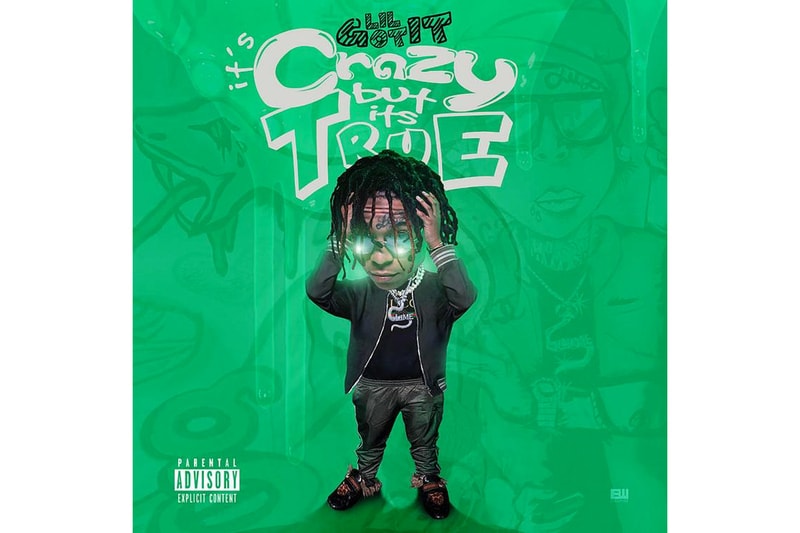 Lil GotIt flew onto the Trap scene late last year, finding himself collaborating with Lil Uzi Vert and Lil Keed on “Heavy Metal,” once again working with Uzi on “Hercules” and then with Gunna for “Superstar.” Few rappers begin their careers with the likes of such projects and support, leading to GotIt dropping his debut album Hood Baby, in November of last year to much anticipation. Now, the Atlanta-based Trap star has returned with his second full-length project, just five months after his first, fittingly titled Crazy But It’s True.

Running nearly 54 minutes with 18 tracks, the new album is nothing short of ambitious. Featuring a variety of fellow Atlantians from Gunna, Lil Keed, Lil Durk, Hoodrich Pablo Juan, Guap Tarantino, and more. The new album expresses a promising mixtape-like feel that presents some hard-hitting production from Richie Souf, Dun Deal, Wheezy, and a variety of others.

You can listen to Lil GotIt’s sophomore project Crazy But It’s True below.

For more music news, Lucki recently dropped a visual for “More Than Ever.”